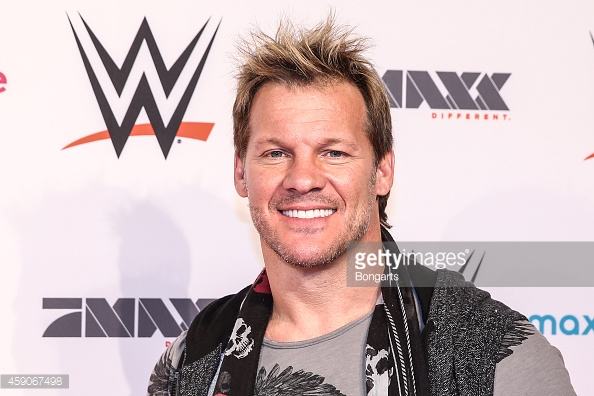 Chris Jericho is presently on tour with his band Fozzy and as we had previously reported, has been advertised for a few WWE live events that are to take place in Asia.

Although Jericho’s opponent for the June 28th RAW live event at the Singapore Indoor Stadium in Kallang, Singapore hasn’t been confirmed as of yet, Y2J will reportedly face Hideo Itami at the June 30th live event. He’ll then compete in a Fatal 4-Way matchup for the WWE Intercontinental championship at the July 1st event against Dean Ambrose, Finn Balor and the Miz. The June 30th and July 1st shows are set to go down at the Ryogoku Kokugikan in Tokyo, Japan.

It’s interesting to note that the 46-year old Ayatollah of Rock n’ Rolla has been busy spreading the Gift of Jericho in the music scene ever since his last appearance in WWE. With several entertainment outlets covering his tour with Fozzy, he has apparently gone on record stating that he won’t regret if he never wrestles again.

Nevertheless, fan can still catch up on what the former World Heavyweight champion has been up to right here-

Chris Jericho is one of the most dynamic professional wrestling performers of all time- be it the mic or the mat, his skills are something to behold. What most fans tend to forget owing to the rockstar smartly re-inventing himself from time to time, is that Chris has been competing in the sport for about 27 years now.

Nothing lasts forever and should he choose to walk away from the sport this year, he will forever be remembered as one of the greats. This is the Gift of Jericho. Drink It In Maaannn!!!