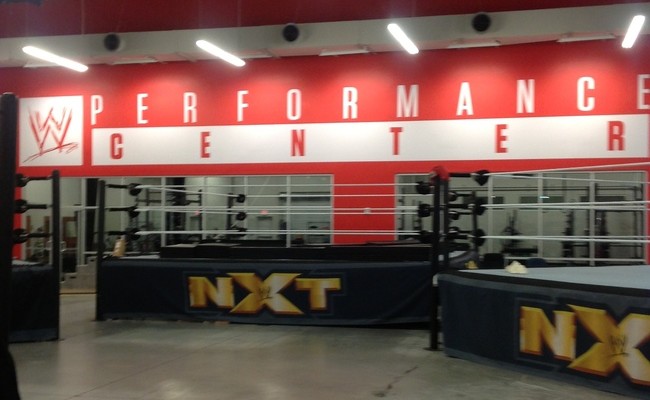 The following press release has been issued, noting WWE Performance Center head coach Matt Bloom will be appearing in a new film:

Man’s Best Friend Ties the Knot in “The Dog Wedding”

Dog lovers and film buffs unite! “The Dog Wedding,” a bark-out-loud romantic comedy about a German businesswoman (Rosalie Thomass) who falls for an American wrestler (Matthew Bloom) while planning their English Bulldogs’ wedding, premieres September 21, 2015 at AMC Loews Boston Common at 7:00pm. Mr. Bloom and Ms. Thomass will attend, as will their co-stars and the filmmakers.

A limited number of $15 tickets are available to the public at thedogwedding.ticketleap.com/boston. “We’re proud to donate 100% of ticket sales to Canine Companions for Independence, the MSPCA-Angell, Long Island Bulldog Rescue, and Juno’s Place,” said Jason B. Hurwitz, the film’s Producer. “These charitable organizations serve our home state of Massachusetts with 200 collective years of dedication to animal welfare and the human-animal bond.”

“The movie is about how dogs bring people together, even those you would least expect,” said 6’8″, 360-pound Mr. Bloom, who is known worldwide for his 15-year career with WWE and New Japan Pro Wrestling. “I’ve had bulldogs my whole life and we’ve made all kinds of friends at the dog park. I can’t wait to share this film with the world, starting in my hometown of Boston.”

Ms. Thomass is the star of the German box office hit “One Hot Number” and “Taxi,” which she headlines with Peter Dinklage (“Game of Thrones”). “Dogs getting married was new to me,” she confessed. “I was thrilled to explore how my character “” an overworked executive at odds with her father over the direction of the family pickle empire “” would change when drawn into this wild American world of dog weddings, musclemen and cosplay.”

“Pairing a pro wrestler with dramatic German actors unleashed a comedic clash of cultures,” said James Lefkowitz, the film’s Director. “We enjoy toeing the line where fiction meets reality by casting actors whose own backgrounds parallel their characters.”

This special event launches the U.S. theatrical release of “The Dog Wedding.” The film is presented by 25th Frame and produced by Hurwitz, Lefkowitz and Bloom from a script written by Hurwitz and Lefkowitz. The Producers expect the MPAA will rate the film PG-13.

Here’s a preview for the film: