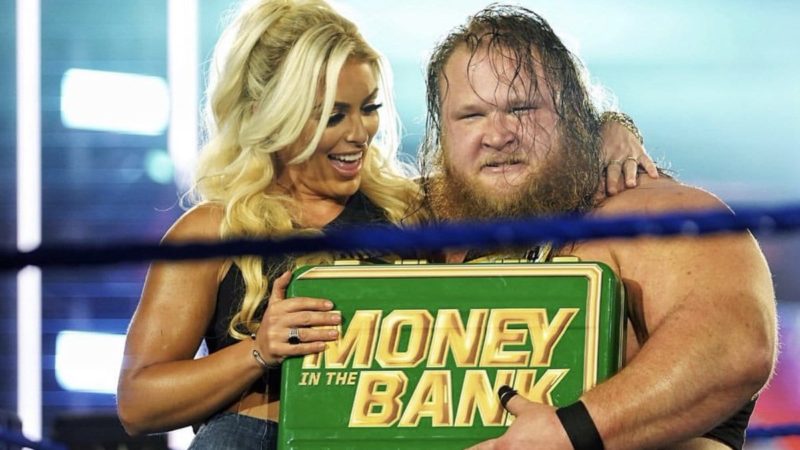 Heading into WrestleMania 36, everything looked rosy for WWE star Otis. He had a romantic storyline with Mandy Rose and due to his popularity, was crowned the Money in the Bank 2020 victor after seemingly impressing Vince McMahon.

Since then however, Otis’ role has arguably regressed. He has ‘lost’ Mandy Rose to Raw and is currently involved in a storyline with The Miz and Morrison where legal loopholes are being used as a means to try and get the Money in the Bank contract away from him.

Dave Meltzer recently speak to Bryan Alvarez on Wrestling Observer Radio about plans for Otis and indicated this is WWE’s way of trying to get the briefcase off Otis:

So The Miz and [John] Morrison are doing the ‘Dirtsheet’ and Otis comes out and beats them both up and they’re trying to rile up Otis by saying ‘Mandy Rose is on RAW and all those RAW guys are going to be after her and she’s going to drop Otis. And Dolph is on RAW, and they used to date’ and so Otis comes out and beats the s**t out of both of them. And Morrison is just looking at Miz, who’s like “Yeah he fell into our plan!”, and Morrison obviously didn’t know what the plan was. But the plan is that between the first segment and the fifth segment, The Miz had a lawyer draft a lawsuit for unsafe working conditions, which is the old Shawn Michaels gimmick. They’re suing Otis but they’ll drop the lawsuit if he gives up the briefcase. Either they’re going to sue or the deal here is “We got no idea how to get the briefcase off Otis, so this is how we’re going to get it off him. And that’s what it is’.

WWE clearly doesn’t see Otis as a serious challenger for any of the WWE World titles, but are the company doing wrong by him? Are they making a mistake? Discuss in the comments section below…