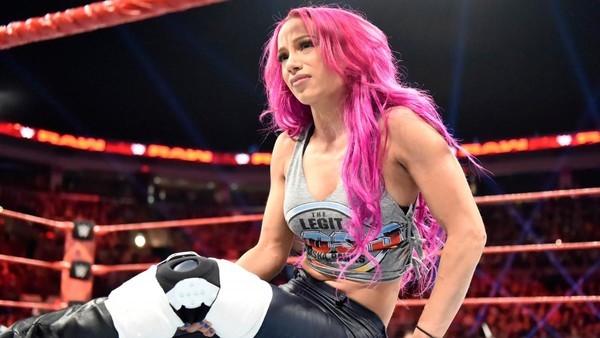 WWE has been protecting Sasha Banks in recent times due to her injury, but it appears that the Boss will still not be 100% healthy for the Elimination Chamber PPV.

As seen during this week’s episode of Raw, Sasha was part of a three-way tag match where she was attacked by Liv Morgan & Sarah Logan, causing her to leave the bout mid way.

Now WWE has provided an update on the Boss’ condition and on their website, the company claimed that Banks “re-aggravated a shoulder injury” during the show.

Though the report doesn’t go in much details and instead the company is promising another health update on the former Women’s Champion later this week.

For what it’s worth, while WWE is keeping the options open, Sasha herself took her Twitter account earlier yesterday and declared that she will be ready for the show:

Whatever it takes, I’ll be ready! #EliminationChamber

Sasha Banks has not wrestled a proper match since the Royal Rumble PPV and she has also been missing Live Events. Though she has made some TV appearances and even at this point, it appears that the company believes that she will be able to wrestle at the upcoming PPV.