WWE’s second quarter financial results were released yesterday and it was revealed the company’s profits are soaring beyond analyst expectations during this COVID-19 pandemic.

“Our second quarter financial performance was strong and demonstrated our ability to respond to the challenges posed by COVID-19,” said Vince McMahon, WWE Chairman & CEO. “We continue to adapt our business to the changing environment, focusing on the development of new content for global distribution platforms and increasing audience engagement to drive growth and value for our shareholders.”

Frank Riddick, interim Chief Financial Officer, added “In the quarter, we delivered revenue of $223 million and Adjusted OIBDA of $73.5 million as we continued to offset the impact of cancelled events by reducing costs. Our cash flow remains strong, and we believe we have the capital resources to deliver on our strategic initiatives and growth opportunities.” 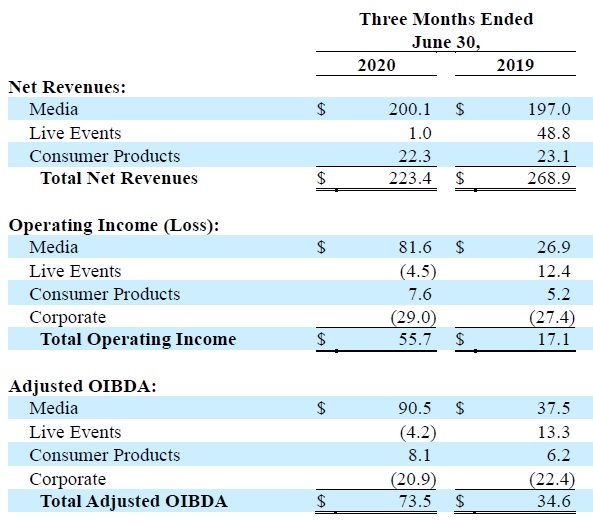 WWE, somewhat ironically, also spoke about how proud they were when it comes to keeping talent safe during this time while still being able to put out wrestling shows:

“WWE displayed its creativity throughout the quarter as the Company adapted its business model to continue to safely stage in-ring performances. Supporting this achievement, the Company established extensive safety measures to protect the health and well-being of its talent and employees. As a result, WWE was among the very few major sports properties to hold live performances and produce new content throughout the quarter, including its flagship programs, Raw and SmackDown, and its premier annual event, WrestleMania.”

E-commerce revenue has also been an area of focus for WWE during this pandemic, and that number has stayed healthy despite the cancellation of live events and no subsequent merchandise sales:

“eCommerce revenues nearly doubled to $12.6 million, substantially offsetting the loss of venue merchandise sales with 76 fewer events in the quarter”

“During the quarter, the growth of WWE’s e-commerce business was supported by the introduction and redesign of six new title belts, such as the Rock Brahma Bull title and the Triple H Signature Series title. Royalties from the sale of licensed console and mobile games continued to benefit from recent industry growth trends. Video game revenue reflected the licensing of WWE Superstars and IP for integration into popular titles, including The King of Fighters All-Star. Growth in the Company’s mobile game portfolio was led by WWE SuperCard and WWE Champions, which both generated revenue gains of more than 15% from the prior year quarter. The Company plans to expand its game portfolio with the launch of an arcade style game, WWE 2K Battlegrounds, in the Fall of 2020.”

Other points to call out include: 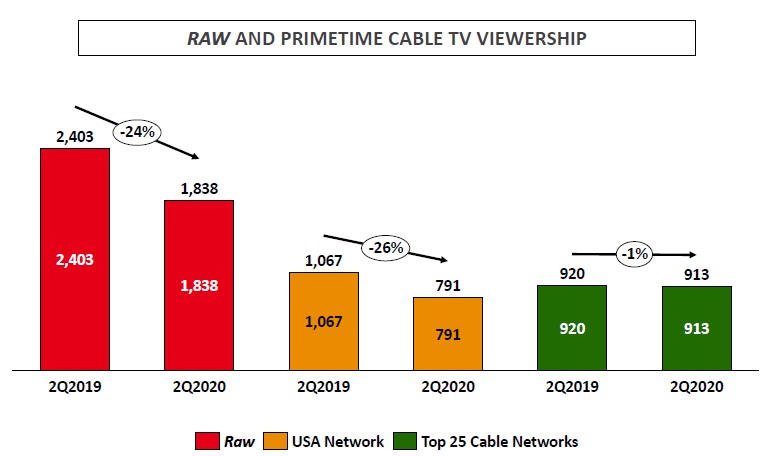 The company is still very profitable, but what are your overall thoughts on these financial results for Q2 2020?