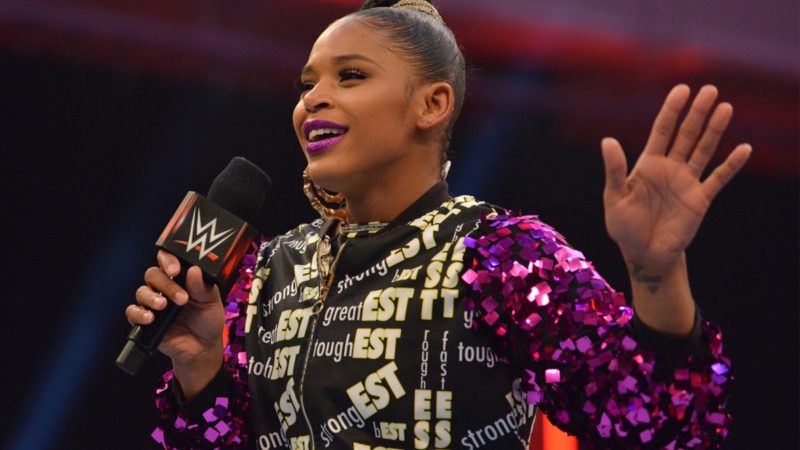 WWE RAW Superstar Bianca Belair is not at all ready to believe Zelina Vega did not poison her husband Montez Ford.

When Ford collapsed twice on last week’s WWE RAW – once outside the ring and then again while fighting Andrade – Belair put the blame of poisoning him on Vega. The latter denied it, and the two have been engaging in altercations on Twitter all week.

The two faced off on last night’s WWE RAW, where Belair clinched a victory. But she is nowhere near letting Vega off the hook. In the episode of WWE RAW Talk following the show, Belair stated with conviction that Vega is “not innocent” and she is “controlling her boys” – Andrade and Garza – to do “crazy” things ahead of SummerSlam.

Belair and Vega to engage in a WWE RAW feud

The last few weeks have seen the two rip at each other several times. It reached new heights when Belair accused Vega of poisoning her husband, and the latter dismissed the blame.

Belair threatened Vega with consequences if she did not own up to what she did and delivered on that by interrupting a live Twitch stream by Vega at her home, attacking her brutally.

Andrade and Angel Garza are set to face the Street Profits tag team of Angelo Dawkins and Montez Ford for the WWE RAW Tag Team Championships at SummerSlam. Belair is convinced that Vega is trying to sabotage the chances of Street Profits with such “sneaky” acts instead of just relying on the talent of the boys.

“She is not innocent, okay? The fact is that SummerSlam is coming up and it proves that the Street Profits are already one step ahead. Obviously, they know that they can’t beat the Street Profits. Let’s just put it that way. So they have to do something sneaky. And Zelina, she is like the brain of the operation. She is always controlling her boys and she is always thinking of doing of something crazy instead of simply just relying on their talent. They just need to rely on their talent and go out and fight it out like a man at SummerSlam.” H/T Sportskeeda

With SummerSlam coming up in less than two weeks, the WWE Universe is keen to see in which direction their feud goes.