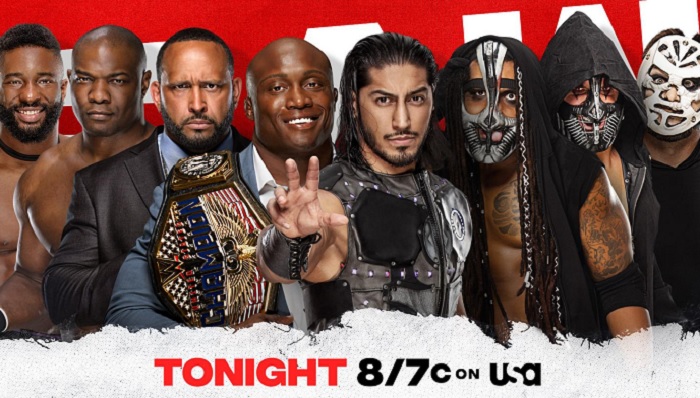 The Hurt Business and RETRIBUTION will collide inside the squared circle when the season premiere episode of WWE Monday Night Raw premieres live on the USA Network this evening.

Ahead of tonight’s WWE Hell In A Cell 2020 pay-per-view “go-home” show for the red brand, the company announced that The Hurt Business will take on RETRIBUTION in a featured 8-man tag-team match that has been added to the show.

Additionally, in another late-addition to the lineup for tonight, WWE has announced a one-on-one contest pitting Kofi Kingston against Sheamus.

Previously announced for the WWE Raw season premiere on the USA Network this evening are the following matches and segments: