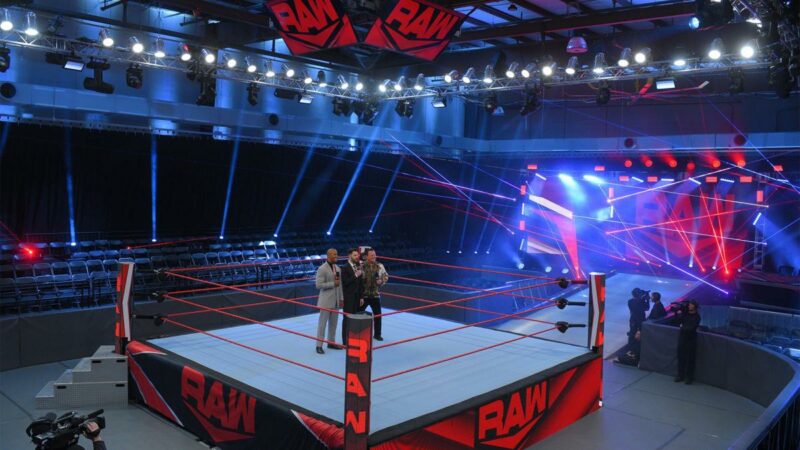 The former NXT star Karrion Kross had an incredible run on the black and gold brand. He had made an immediate impact in NXT, winning the NXT Championship four months from his in-ring debut. Kross, alongside Scarlett, were heavily featured in NXT, picking up victories over top names such as Tommaso Ciampa, Bronson Reed, and Keith Lee. An injury following the bout with Lee forced Kross to vacate the title, but upon his return in December 2020, he quickly regained the title by defeating Finn Balor at WWE NXT TakeOver: Stand & Deliver. It was previously speculated that Karrion Kross might have angered top RAW names.

Karrion Kross opens up on his failed gimmick transformation

When Kross came up to the main roster, his presentation changed as Scarlett was no longer by his side and his character was a more stripped-down version. Eventually, he would add gladiator gear, including a mask.

Speaking to Renee Paquette on Oral Sessions, Kross said about the presentation change:

Scarlett mentioned that the character was supposed to evolve before discussing why things didn’t work as there was no explanation:

“It’s confusing because, why is the music that I’m singing still there? Then, there’s a mask there, but there’s no explanation. If there’s one promo to explain why he a mask on. Why Scarlett is still singing, but when there’s no explanation, people feel like they had something taken away. If it had been a new song and presentation, people would have been like, ‘Okay, this is new,’ but it just felt like an amputated version of what it was,” she said.

He said about his release, saying after his match with Jeff Hardy was cut to 90 seconds he knew it wasn’t good. “To be honest with you, I kind of felt like it was coming. I felt like the situation could have been recovered on the main roster. I felt it could have been recovered. It’s fiction. In a world of fiction, the possibilities are endless, but yea, I had a weird feeling that night just on the debut of us, like I kind of felt like this was the direction it was going in. It was a sense of disappointment, but it was also a sense of relief as well. As an artist, imagine like if you were a comedian you go on stage, and right as they’re about to drop your name in front of the crowd, the person who owns the nightclub says, ‘You can’t use your best jokes, by the way, so go knock it out of the park.’ It’s like, what?”