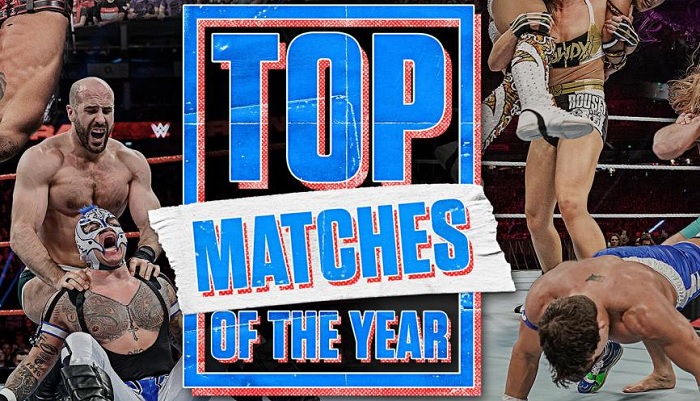 The Greatest Wrestling Match Ever promoted by WWE for the WWE Backlash pay-per-view back in June isn’t even the greatest match of the first-half of the WWE 2020 calendar, according to an official list of the “10 Best Matches Of 2020 So Far” released by the company.

On Saturday afternoon, the official WWE Twitter feed posted a series of tweets in a thread that reads, “What are the 10 BEST matches of 2020 so far? Look no further than this THREAD!

The thread contains multiple tweets that lists each of the ten best matches of the first-half of 2020, with “The Greatest Wrestling Match Ever” between Edge and Randy Orton from the WWE Backlash PPV on 6/14 coming in at number two on the list of the top ten matches of the past seven-plus months.

Ranking ahead of the Edge/Orton bout at number one on the list is the critically-acclaimed “Boneyard Match” between Undertaker and AJ Styles from WrestleMania 36: Night 1.

The match kicked off a series of “cinematic experience” matches promoted by WWE that has continued at each PPV the company has promoted since the inaugural bout from the first night of this year’s WrestleMania back in late-March.

As recently as The Horror Show At Extreme Rules PPV from last weekend, the “cinematic experience” matches have been represented by WWE, with them being included in heavy rotation on all of their significant events after the glowing reviews the Undertaker/Styles match received on 3/25.

Featured below is the complete top-ten list posted by WWE on their social media channels on Saturday, July 27, 2020. Also embedded below are all of the tweets that include the official details and in most cases, video excerpts from the matches represented on the list.

Watch the videos of WWE’s “10 Best Matches Of 2020 So Far” list via the following posts embedded from the company’s official Twitter feed.