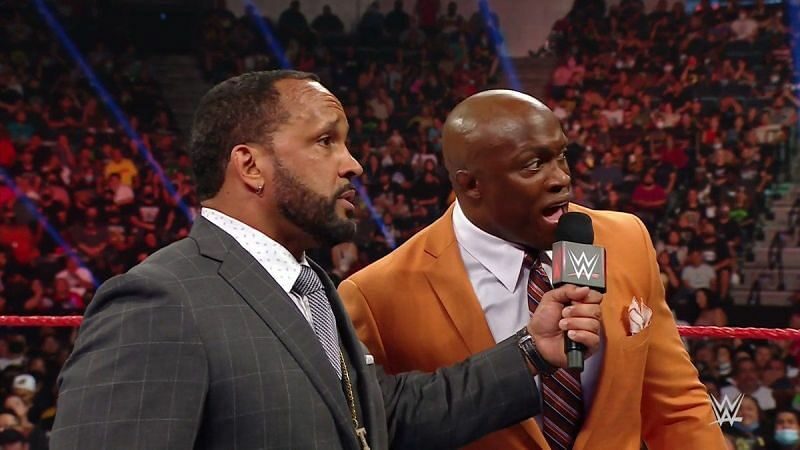 Bobby Lashley was ‘removed’ from this major match tonight! WWE Monday Night Raw this week from Oklahoma City has been an action packed edition of the show so far with multiple championship matches announced. Damien Priest kicked off the show by issuing an open challenge for his United States Championship which was answered by both Sheamus and Drew McIntyre. Bobby Lashley recently dropped this WWE drug test bombshell.

In addition to this, ‘The All Mighty’ WWE Champion Bobby Lashley and MVP would come out to join the fray with Lashley stating that he was looking to add another title to his resume. After the combination of Randy Orton and ‘The Original Bro’ Riddle, collectively known as RK-Bro came out to talk some smack talk – several big name matches would be confirmed by WWE officials Sonya Deville and Adam Pearce.

This being a triple threat matchup for Priest’s United States Championship which would also include Sheamus and Drew McIntyre as well as a WWE Raw Tag Team Championship match between Bobby Lashley & MVP taking on Randy Orton & Riddle.

However, this was not the original plan as according to PW Insider, several matches were nixed from tonight’s card after crazy changes backstage. Those matches which were previously advertised but will no longer happen include The Miz Vs John Morrison as well as WWE Champion Bobby Lashley vs. Sheamus in a non-title match.