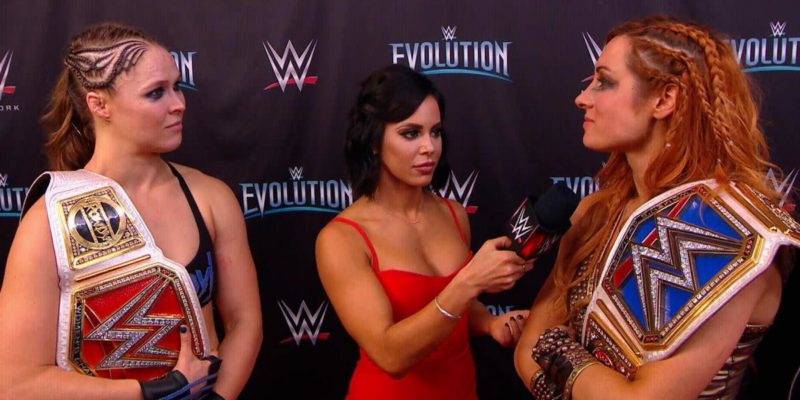 The Ronda Rousey vs Becky Lynch feud has been all kinds of crazy, brutal and all shades of awesome. The two athletes built up a tremendous feud with all the tools available to them and everyone was hyped for their Survivor Series match.

However, this dream was shattered when Becky Lynch suffered a broken nose and a concussion thanks to a devastating blow from Nia Jax on this week’s RAW Invasion angle. Since then, Becky has been pulled out from the event and Charlotte Flair has been named as her replacement.

Fortunately, it seems like WWE has finally noticed that the Straight-fire Lass-kicker and Rowdy Rousey might have a chemistry like no other. On the latest version of Wrestling Observer Radio, Dave Meltzer revealed that there have been talks of having Rousey and Lynch go at it at the main event of WrestleMania 35.

This news should delight WWE fans worldwide as this is what they’ve wanted for quite a while now. If WWE actual moves ahead with this idea, however, is a completely different story.