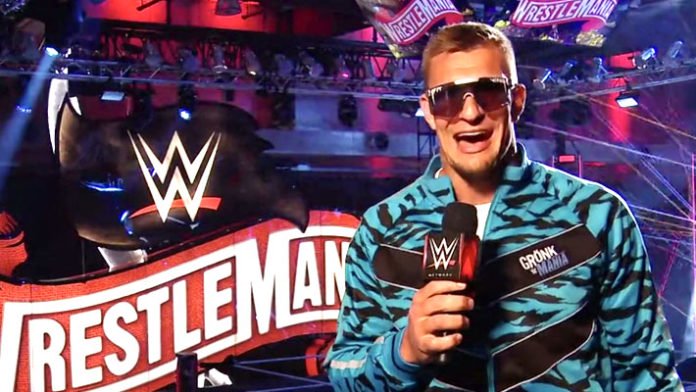 Former NFL player Rob Gronkowski signed with the WWE in March and became the host of WrestleMania 36. He quickly won the 24×7 Championship in the company and lost it last night to R-Truth on RAW.

However, according to a report, Gronkowski and WWE have parted ways. The report states that Gronk exercised a “release clause” on his contract to leave the world of wrestling and head back to the field for NFL.

In this year’s NFL Draft, Gronkowski was bought by Tampa Bay Buccaneers and therefore came out of his football retirement. Gronk will now make preparations for his return to the field for the upcoming season of NFL.

Rob Gronkowski never once got to perform in front of the fans during his stay in the WWE. There has been no official announcement from WWE regarding Gronkowski’s release.