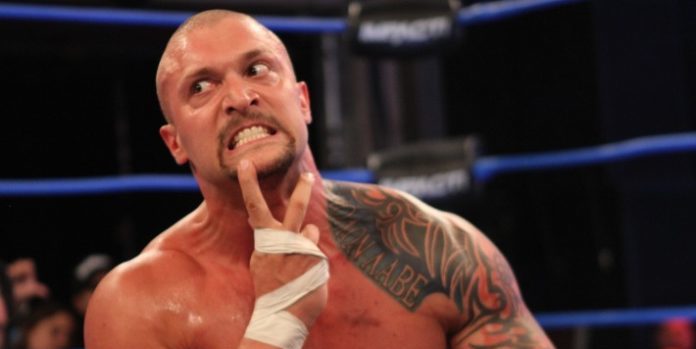 Killer Kross was released from Impact Wrestling just recently and not very surprisingly, reports suggest that WWE is interested in the heavyweight star.

WrestleVotes recently provided an update on WWE officials’ thoughts on Kross and it noted that the company’s interest in the former Lucha Underground star is significantly higher than other talents.

The report went on to claim that the former Impact star could get similar offer to what WWE had offered Hangman Page last year before he signed with AEW:

WWE’s interest level is significantly high in signing Killer Kross. Source said he should get a similar offer to that of which was extended to Hangman Page last year. No telling if Kross will sign, but WWE is definitely pursuing him, harder than they normally pursue other FAs.

For those who don’t know, WWE had reportedly offered Page main roster money to work in NXT. And now with the Black and Yellow brand being broadcasted live, it’s not hard to imagine that the company will be willing to do the same for Kross.

Killer Kross has wrestled for a number of promotions in his career but he is mostly known for his stint with Impact Wrestling which he joined in June last year. He asked for his release from the promotion in May this year and his request was granted a couple days ago.