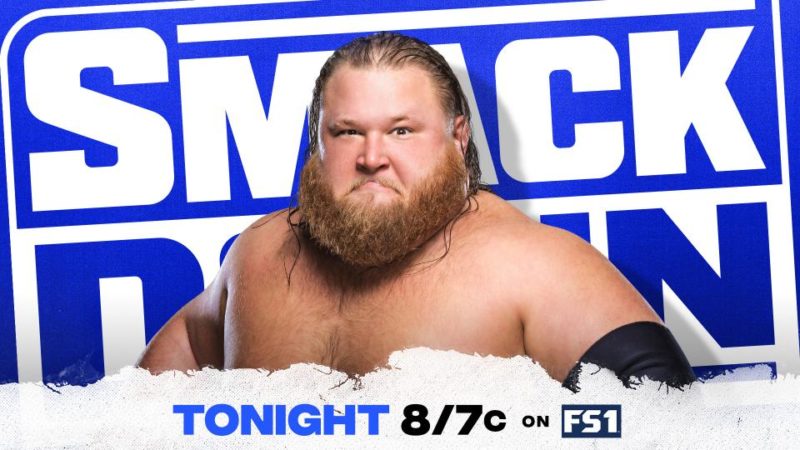 Happy Friday and welcome to Wrestling-Edge.com’s results for WWE SmackDown airing October 23, 2020. On this episode Otis is legally challenged for his Money in the Bank Briefcase. Roman Reigns also reveals the stipulation for his Hell in a Cell match with Jey Uso.

The show starts off with the KO Show which acknowledges the somewhat wonky roster rules from the past few episodes. Kevin and Bryan heavily put over the roster of SmackDown after the draft. Bryan also proposes that the IC title be defended every week on TV. Owens mentions that he’s never been a Tag Team Champion and Bryan mentions that he has betrayed a lot of friends.

"I want #SmackDown to highlight the absolute best Superstars in the world." – @WWEDanielBryan

The duo are interrupted by Dolph ZIggler and Robert Roode who are upset that they weren’t put over. The Street Profits also join the fray declaring that they too want the smoke. Cesaro and Shinsuke Nakamura also enter the conversation before a brawl breaks down with all participants. We cut to commercial as Adam Pearce runs to the ring.

When we come back there’s an impromptu 8 man Tag Team match. Luckily Daniel Bryan is able to change quickly into his gear and join the match. The heels focus on isolating members in their corner with Montez taking a heavy amount of heat. With Daniel Bryan getting into the match he gets in a lot of offense but injures his knee on a landing. Cesaro takes advantage and continues his attack on the outside.

Competing in his first @WWE match since June, @WWEDanielBryan hasn't lost a BEAT!

The heels continue to target the right leg of Daniel Bryan who valiantly fights back and endures the constant attack. Daniel eventually is able to tag out to Dawkins who impressively cleans house before he delivers a Spinebuster and Ford lands a Frog Splash on Cesaro to get the win for their team.

What a way to kick off #SmackDown on @FS1! pic.twitter.com/zDqCyuQ5T0

They start the segment with Ron Simmons as Bailiff and JBL as Judge, playing the People’s Court music. Though Otis is acting as his own lawyer, Miz delivers his own opening statement. Otis’s argument is that he deserves the briefcase because he won the match. The lawyer for Miz and Morrison agrees it’s a good argument and is immediately fired.

Bianca finally gets her debut on SmackDown complete with yet another great package.

This match allows Bianca to continue showing off her athleticism though Vega is quite opportunistic in attacking.

Is @BiancaBelairWWE serving us the fastEST, the toughEST, the smartEST and the bEST #SmackDown in-ring debut of all time?

It isn’t enough as Bianca is able to catch Zelina with a KOD for the win.

Prior to the match Kayla Braxton and he says he’s facing Lars to prove that he belongs drafted to a brand. Lars is easily able to manhandle the smaller Shorty G, but an opportune Eye Rake allows Shorty G to get some offense in. This doesn’t last long as Lars Sullivan just gets angrier and brutalizes him before ending the match with a Freak Accident.

After the match Shorty G is asked how he feels and he says “I Quit.”

Shorty G is in the Trainers room, approached by Adam Pearce about him saying he quit. Chad Gable cuts a promo disowning the name of Shorty G and reclaiming himself as Chad Gable

Shorty G is no longer.

Bayley cuts a promo on her refusal to sign the contract for the Hell in a Cell match, saying that Sasha doesn’t deserve to face her. Sasha comes out with the folder for the contract. Sasha snatches the title belt to fordce Bayley to sign the contract and when that doesn’t work she traps her in a chair. She gives a modified Camel Clutch through the chair and Bayley finally signs the contract to be released.

@SashaBanksWWE said she would make @itsBayleyWWE sign the #HellInACell Match contract, and #TheBoss lived up to her word! #SmackDown #HIAC pic.twitter.com/CG9CgGxuTz

Witnesses start to testify including Asuka who gives it in Japanese and it is revealed that Teddy Long is stenographer. There are sharp words exchanged between Tucker and Miz, but JBL takes a pee break before rendering his verdict.

This is the greatest video in @WWE history.@WWEAsuka #SmackDown pic.twitter.com/q4bff9WHhC

When JBL returns and claims that all the complaints by Miz are basically the job descriptions of a WWE Superstar. As JBL seems about to rule in favor of Otis, Miz provides new “Evidence” which causes the judge to rule that the two must face off in Hell  and a Cell over the contract.

ORDER IN THE COURT. 👨‍⚖️

They show Aalyah watching backstage The two are embroiled in a passionate battle which quickly leaves the ring, and sees Seth thrown into the Commentary desk. While Murphy is impressive, Seth is able to cut him off and regain the upper hand.

The Mysterios come up to Aalyah back stage and ask her why she’s watching this match, asking her to leave with them. She protests because she can “Do what she wants.” Scary point where murphy seems to overshoot Rollins landing straight to his knees on the outside. Murphy appears to injure his shoulder, so Rollins takes advantage to deliver a swift kick to the head.

The match gets a healthy amount of time and is a balanced battle between both competitors, each getting pinning opportunities against the other. Seth ends up winning with a stiff-looking Curb Stomp. After the win, Aalyah tries to get Rey and Dominik to help Murphy, and since they won’t she decides to go out instead. Dominik comes out to see what she’s doing and he gets attacked, but Rey is to the rescue. Aalyah appears to be embracing Murphy who cause Dominik and Rey to look back at him.

Roman Reigns comes out to declare the consequences of this weekend’s Hell in a Cell “I Quit” match. Jey Uso interrupts before he can begin speaking from the Tribal Chief’s suite and talking about how he has changed. In a twist it was Jimmy pretending to be Jey who was waiting behind Reigns to attack him. Jey successfully puts Roman Down with a chair, superkick and splash

As the Usos are celebrating Roman says that when he makes Jey say I Quit that he’ll force the Usos to fall in line and respect him or else they’re out of the family. The Cell comes down as Roman stands inside and Jey is on the outside looking down on Roman.

'The Tribal Chief' @WWERomanReigns w/ @HeymanHustle said there would be consequences for Jey @WWEUsos at #HIAC and he wasn't kidding. #SmackDown pic.twitter.com/0xvBlbUk1L