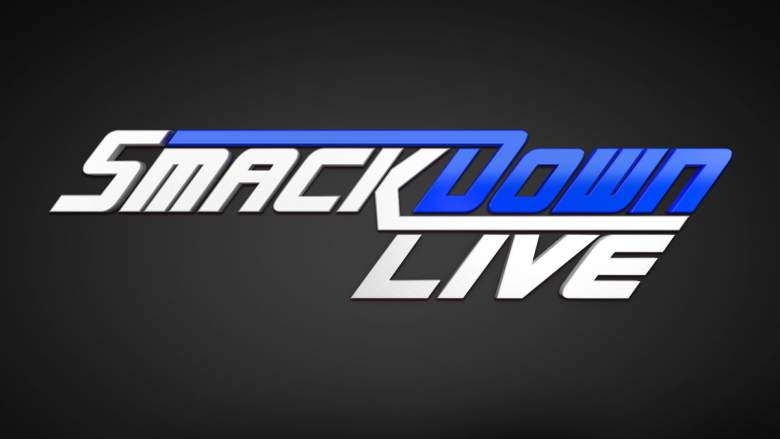 Here are the results from today’s (Tues. May 16, 2017) episode of WWE SmackDown Live (courtesy of PWInsider):

We are in Manchester, New Hampshire and your announcers are John Layfield, Tom Phillips, and Byron Saxton.

Kevin Owens is in the ring for the Kevin Owens Highlight Reel.
Kevin welcomes everyone to the new and improved Highlight Reel with your new host, the New Face of America and your United States of America Champion Kevin Owens.  Kevin says he is taking over because the former host will never never ever be seen agayne.

Kevin says Chris Jericho was obsessed with scarves and gifts and lists.  The only list that Jericho is on now is the injured list and that is because of him.  Kevin says what he did to Chris Jericho was only a sneak preview of what is going to happen at Backlash when he beats AJ Styles.

Kevin introduces his guest in French because he can.

AJ Styles’ music plays and he comes to the ring.

AJ says he saw Kevin steal everything from Chris Jericho over the last year, but he did not think Kevin would steal Chris’ show.

Kevin says he did not steal anything from Chris and he can do anything Chris does better, even beat AJ Styles.  Kevin says that he would never have AJ on his show.

AJ says it is his bad.  He says he did terribly in high school French class.  AJ says he will say this in English because he can.  This Sunday, he is going to beat Kevin for that United States Championship and he will bring it back to the good old US of A.  AJ says we don’t have to wait until Sunday, they can do it now.

Jinder says the Maharajah was supposed to be Kevin’s guest tonight.

Kevin says that AJ is a typical rude American and he sticks his nose where it does not belong.  Jinder was going to talk about what he is going to do on Sunday in his match.

Jinder says what happened last week on Smackdown will happen at Backlash.  We see Mahal pinning Orton on last week’s show.  Jinder says you will bow down at his feet when he becomes WWE Champion.

AJ tells Jinder to focus on tonight or he might not make it to Sunday.

Mahal speaks in Punjabi.  To find yourself, you must lose yourself.  You will find yourself in agony in battle. You will lose tonight, just like Randy Orton will lose at Backlash.

Kevin says that AJ is going to lose to Jinder tonight and he will lose to Kevin on Sunday.

AJ tells Kevin to run while he can because he won’t be able to run on Sunday.  AJ tells Jinder to get in the ring now.

We are back and Kevin Owens is on commentary for this match.

Match Number One:  Jinder Mahal (with the Singh Brothers) versus AJ Styles

They lock up and Jinder backs Styles into the corner and he gives a clean break.  They lock up again and Styles pushes Mahal away.  Styles with a side head lock and shoulder tackle but Mahal does not go down and Styles goes into the ropes.  Mahal blocks a kick and he pushes Styles to the mat.  Styles fliips over Mahal and then hits the Phenomenal Drop Kick.  Mahal with a shot to the throat and then he sends Styles into the turnbuckles.  Mahal chokes Styles and then drops a series of knees to Styles and chokes him.  Mahal punches Styles and then he connects with a knee to the head and kicks.

Mahal tries to suplex Styles into the ring but Styles blocks it and he connects with a shoulder and then hits a slingshot forearm.  Styles kicks Mahal and then he sets for a Styles Clash but Mahal blocks it.  Styles with a forearm and strikes to Mahal.  Styles with a chop and the Singhs try to trip Styles but Styles sees it.  Mahal with a hot shot and a Harley Race Knee for a near fall.

After the match, the referee checks on Styles, who is still holding his knee.

We are back and Lana returns with her cabaret act.

We continue with the further adventures of the Fashion Files.

Fandango looks at the board of fashion failures and a janitor enters and Fandango criticizes him.  Tyler reveals that it is him.  Fandango asks about his recog . . . undercover work.

Tyler shows Baron Corbin’s shirts, Sami Zayn’s drawers and say they are the same color as credenza.  Tyler shows an Uso shirt and Fandango wonders what Day One Is H means.  Tyler says the Usos are scary.  Their hair is so well conditioned and luscious.  He says they have no chance.  Fandango calms him down and reminds Tyler that he is a Prince.  Fandango and Tyler say they will win and it will be their Day One Is H.  They do a freeze frame high five.

Randy Orton walks in the back and he is asked about the reaction to Jinder Mahal.

Becky Lynch and Naomi walk in the back and they see Charlotte in the hall and stop.  They all walk together as we go to commercial.

Shane says he feels Smackdown is WWE’s premier brand.  One of the major reasons is their women’s division.  We will have some of the most athletically gifted women in a Six Women Tag Match.  Shane brings out Natalya, Carmella, and Tamina and they are joined by James Ellsworth.

Shane then brings out Naomi, Charlotte Flair, and Becky Lynch.

Shane gives Natalya the floor.  She says it is so funny to see you pretending to be BFFs.  When she looks across the ring, one word comes to mind . . . pathetic.  She tells Becky she had the chance to join them and it is too late.  She says she cannot wait to say I told you so.  It will be no different on Sunday when they prove they are the best there is, the best there was, and the best there ever will be.

Natalya signs the contract follwoed by Tamina and Carmella..

Becky says she was given the chance, but there was no chance in hell she would join the goon squad.  She is looking forward to taking care of all three of you.  She signs the contract.

Naomi tells them to stop focusing on the last few weeks, they better worry about Sunday when they are going to snatch all three of you.  She signs the contract.

Charlotte says you have had an issue with her since she came to Smackdown.  You moaned and complained and created your Babysitter Club.  Bring it all to Chicago because they will solve all of your problems.  After they are done on Sunday, the Queen is coming for her crown.  Charlotte signs the contract.

Ellsworth interrupts Shane and he has something to say.  He says he appreciates him helping a brother out.  He says that Becky longingly glazes at her but he would prefer to put some water on her straight fire because she has no chance in hell.  He tells Charlotte she has no chance to be her King because she is the Prince to the Princess.  James says Carmella will stop her flow, take the title and steal her glow.

Naomi grabs Ellsworth and Carmella slams her head onto the table.

Shane tells Carmella that she will face Naomi.

Match Number Three:  Carmella (with James Ellsworth, Natalya and Tamina) versus Naomi (with Charlotte Flair and Becky Lynch) in a Non Title Match

The referee sends Natalya and Tamina to the back.

Tamina and Natalya attack Charlotte and Becky but Naomi kicks Tamina.  Carmella with a rollup for the three count.

We are back with a video package for the return of the New Day to Smackdown.

Dolph Ziggler says he never understood the hype over Shinsuke Nakamura.  He called him a nobody and a fraud last week.  Dolph says he did his homework and research.  He will show all of the remarkable things Nakamura has done here.

We see a video package for Dolph.

Sami Zayn says he has gotten his match against Baron Corbin at Backlash.  Sami says he did not know why Corbin has targeted him.  He says Corbin is afraid of him because Sami says he is a constant reminder that Corbin is not dominant.  What happens when he faces someone that Corbin cannot keep down.  That is a threat to his ego.

Corbin hits Zayn from behind and he tells Sami he should stay down.  He tells Sami if he shows up on Sunday, Sami will be put down permanently.

Orton with European uppercuts and punches.  Orton with an Irish whip but Corbin slides to the floor and hits a clothesline when he returns to the ring.

Orton goes for the RKO but Corbin pushes him away.  Orton with an elbow.  Corbin with Deep Six for a near fall.  Corbin with a forearm and Corbin slides to the floor again and Orton hits an RKO as Corbin returns to the ring for the three count.

After the match, Jinder Mahal comes out and he tells Randy to relish his victory and savor his time with the title.  On Sunday, he destroys his pride, his body, and his future.

The Singhs attack Orton but Orton takes care of them and then Orton knocks Mahal off the apron.  Orton sets for a double IEDDT on the Singhs, but Mahal hits Orton from behind.

Mahal with the Cobra Clutch Slam and we go to credits.