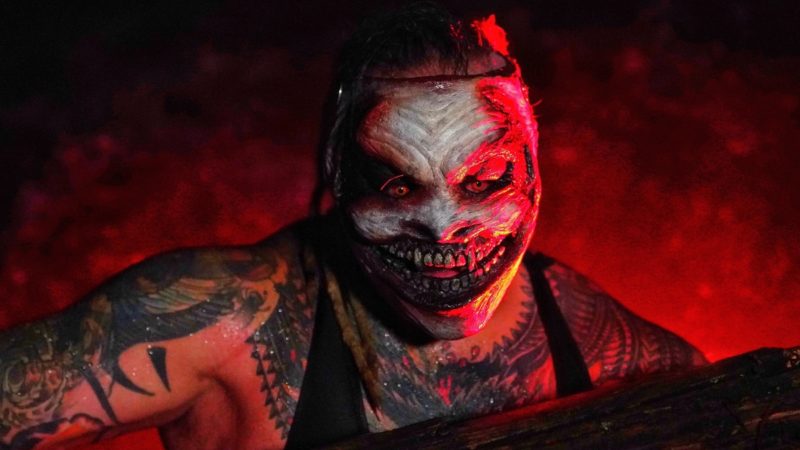 The Friday Night WWE SmackDown episode right before SummerSlam saw Bray Wyatt’s The Fiend confront Vince McMahon in a segment early on. It also marked the debut of the much anticipated WWE ThunderDome, which then went on to host the events of SummerSlam PPV on Sunday.

Eric Bischoff, however, did not find the segment too impressive. Appearing on this week’s episode of 83 Weeks podcast, Bischoff pointed out a major issue with the segment between the CEO and The Fiend.

Vince McMahon opened the SmackDown episode welcoming the virtual audience to the new ThunderDome. But The Fiend showed up soon, interrupting him amidst red lights and lasers.

In the podcast, Bischoff revealed what did not work for him at all in the segment is the use of too many lasers and layered lighting. In his opinion, that took away from The Fiend’s “dark, eerie character” and made his entrance “insignificant”.

“For me, as I saw Fiend coming out, the use of the lasers and layered lighting almost made his entrance look insignificant compared to the lighting they used to bring him in. It was too much. It didn’t add to The Fiend’s character. For me, it took away. I probably would’ve looked at that and said ‘I love all of this, I know we have all this potential, I know we can open up with these crazy lights you would probably only see in a Vegas show, but this is a dark, eerie character.'” H/T 411 Mania

Bischoff also said how the audience could not make out Vince McMahon’s expression upon facing The Fiend due to the overpowering red lighting.

Earlier in December last year, Seth Rollins expressed his displeasure with the red lights used in The Fiend’s matches as well.

Despite not liking the opening segment, Bischoff loved the new venue. He said he was excited for what the WWE ThunderDome would mean for the company in the years to come

“I was so excited about this. Not necessarily for the show, but what this kind of technology and use of the technology could mean for the industry for the next 10 or 15 years.”

Bischoff particularly mentioned how he loved the crowd being part of the show again, even though as a virtual audience.