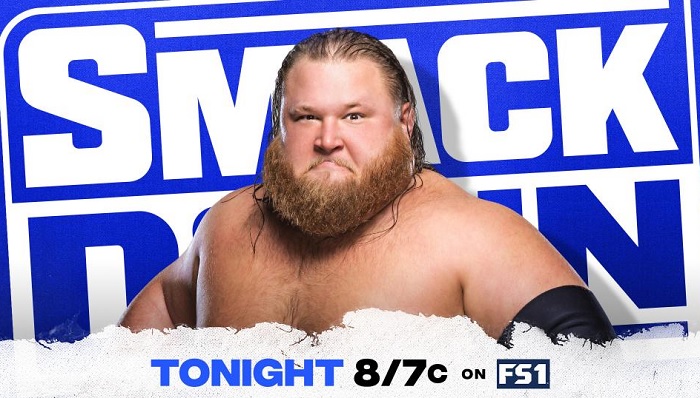 Law and Otis added to Friday Night SmackDown on FS1

WWE has announced that Otis will be going to court to defend his Money In The Bank briefcase against The Miz on tonight’s blue brand show, which as noted, airs on FS1.

Following a vicious altercation between Roman Reigns and his cousin Jey Uso last week on the season premiere of SmackDown, The Big Dog will reveal the consequences for what the Universal Championship Hell in a Cell “I Quit” Match this Sunday. Don’t miss Friday Night SmackDown, tonight at 8/7 C on FSI.

The long-standing family rivalry between Universal Champion Roman Reigns and Jey Uso was only intensified when Uso refused to acknowledge his cousin as The Tribal Chief. And now, following a vicious altercation between them last week on the season premiere of SmackDown, The Big Dog will reveal the consequences for what he’s promised will be the highest stakes in WWE history.

What will Reigns have to say before their Universal Championship Hell in a Cell “I Quit” Match this Sunday on the award-winning WWE Network? Will his reveal bring Uso closer to bending the knee to his Tribal Chief?

Find out when Friday Night SmackDown airs tonight at 8/7 C on FSI.

Tonight, Law & Otis takes the stand as The Workin’ Man Superstar heads to court set to defend his Money in the Bank contract in court against The Miz on FS1.

The Miz & John Morrison have schemed for weeks on how to take the coveted contract from the Heavy Machinery Superstar. The outspoken duo has attempted a number of heists, gotten Mandy Rose traded to Raw, and now resorted to legal action to try to pry the contract from Mr. Money in the Bank.

Following a continuance due to the turbulent events of the WWE Draft, don’t miss Otis representing himself in court as Law & Otis comes to Friday Night SmackDown at 8/7 C on FS1.

Join us here at Wrestling-Edge.com this evening for WWE Friday Night SmackDown live results coverage for the special episode airing on FS1 from Orlando, FL.