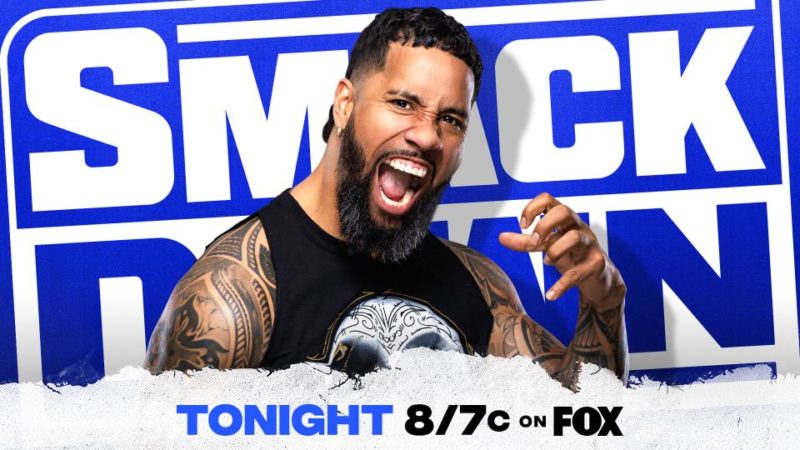 Welcome to the Wrestling-Edge.com results for WWE SmackDown airing October 30, 2020. Survivor Series teams continue to be set and Jey faces his consequences.

The show opens with Roman coming out to the ring to confront Jey. Jey is clearly upset about Roman’s actions and tries to appeal to him but Roman calmly demands he fall in line. Roman says that he knew exactly what he was doing when he used Jimmy to force him to quit. He gives an intense yet calm speech to Jey who can only say “I Hate You”. Roman says by the end of the night Jey will fall in line.

We’re seeing the beginning of Team SmackDown forming. Dolph is accompanied by Robert Roode who slips in a few hits as Owens leaves openings. He gets ejected when the ref sees Kevin Owens get tossed back into the ring by Roode. An exciting final sequence which includes back and forth reversals ends with a stunner by Owens to get the victory.

The three women are backstage and are asking Adam Pearce to captain the Survivor Series women’s team. He declines the position to an of them but does offer them a triple threat to earn a place onto the team.

Bianca has a strong start while Billie does everything she can to escape most of the match. She tries to get quick pins when able but is thwarted by both competitors. Natalya manages to get Bianca in a Sharpshooter, but Billie tries to get a crossface to also capitalize on the opportunity. It’s an intense match between all parties, but Bianca lands a K.O.D. to land a spot on the Survivor Series team.

After the match there’s a small promo for Carmella as well where she announces she’s back on SmackDown next week.

What does @CarmellaWWE have planned for #SmackDown next week? 🤔 pic.twitter.com/06KIQOP0zP

Murphy comes out to the ring with Aalyah Mysterio and claims he needs to apologize to her family. Seth instead heads out to the ring and still tries to pitch Murphy the greater good. As Seth continues to try recruiting both Aalyah and Murphy he’s attacked by Dominik. Murphy clears Seth out of the ring and continues brawling with Dominik and when Rey comes to the ring she stops them declaring her love for Murphy. As the Mysterios leave the ring Aalyah and Murphy kiss in the middle of the ring.

Street Profits cut a promo on The New Day declaring their respect for the New Day but their supermacy as well.

The match continues the tradition of outstanding teamwork by all members involved, as well as a great spot with Montez being launched into the crowd by Cesaro. The Street Profits earn the win with a Superplex onto Shinsuke followed by a huge Frog Splash. The battle was grueling, but Street Profits come out looking great.

Sasha comes to the ring and talks about her win against Bayley and declares herself the unstoppable one and reason for the dominance of Bayley. Bayley take exception to this and comes to the ring to challenge Sasha to a match next week since Sasha’s never successfully defended a title.

This match is another Survivor Series team match, and ealrier Bryan mentions his concern facing Jey since Roman has not beaten him cleanly. Jey looks distracted throughout the match, still emotionally reeling from his confrontation with Roman earlier. Daniel Bryan looks good as well, forced to find opportunities to attack. As Jey escapes the ring Roman’s music hits and he comes out to face his cousin. The match continues between both and the presence of Roman seems to inspire Jey to a victory over Daniel Bryan.

BIG WIN for Jey @WWEUsos as he joins @FightOwensFight on Team SmackDown at #SurvivorSeries pic.twitter.com/IV65BKpuyu

After the match Jey faces Roman and declares him the head of the table. He continues to attack Bryan following the match seemingly earning more of Roman’s respect, and he demands he make Bryan understand how much he loves him. Jey puts Bryan on the announce desk and puts him through it as the show goes off the air.

"I'm with you. You're the head of the table. I'm with you. I understand now. I love you too!" – Jey @WWEUsos to @WWERomanReigns w/ @HeymanHustle #SmackDown pic.twitter.com/MxOeK2Bxjk