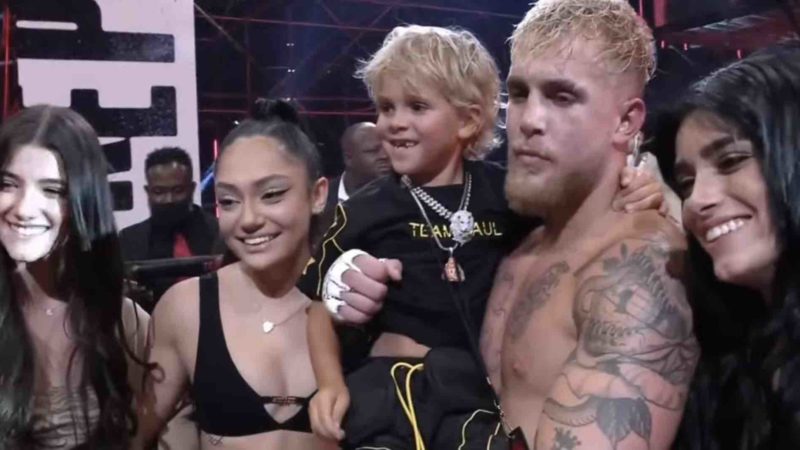 Jake Paul, YouTube sensation turned boxer leveled former champion wrestler Ben Asken on Saturday and WWE and one half of the WWE Women’s Tag Team champions, Shayna Baszler isn’t too happy about it. Taking to social media, the ‘Submission Magician’ voiced her displeasure about the fight. Paul defeated Asken in a shocking and surprising knockout in the first round. Baszler wrote the following on Twitter: “The fact that there’s more news about PaulXAskren than WhittakerXGastelum shows you that everything is pro wrestling. Everything. Just enjoy it.” This WWE Hall of Famer ‘lost his mind’ at the Jake Paul fight.

She would also add: “Who is even talking about fake/real?” in response to a fan who didn’t understand her comparison. WWE and WCW legend Justin Credible would also add to the conversation, by exclaiming the event was the ‘fake-ist shit he’s ever seen” in a separate tweet:

“Jake Paul fight what is the fake-ist shit I’ve ever seen. Even by Pro Wrestling standards. Can’t believe people actually Bet real money on that.”

Shayna Baszler recently discussed this WrestleMania moment. In other news regarding Baszler, during a recent interview with Renee Paquette’s Oral Sessions, Shayna discuss her experience and time working with Bloodsport’s Josh Barnett with the former Renee Young. Credit to Fightful for the below.

He didn’t baby anyone. He’s a guy — and you, having met him, will laugh at this — he doesn’t give his compliments easily. He’s not a guy who’s going to tell you, ‘good job’ every day but when he tells you, ‘good job,’ man, you feel good about it.

Baszler continued: “He’s a hard-ass, for sure. I think just having someone as experienced as him at a time — and it’s still this way, where the sport is very Brazilian Jiu-Jitsu-heavy, he’s the one that opened my eyes to the fact that catch wrestling, pro wrestling, and MMA all had the same shared history. Obviously, with what I’m doing now, it opened an entirely different world to me than the way I had been looking at it before.

The fact that there’s more news about PaulXAskren than WhittakerXGastelum shows you that everything is pro wrestling. Everything. Just enjoy it.

Jake Paul fight what is the fake-ist shit I’ve ever seen. Even by Pro Wrestling standards. Can’t believe people actually Bet real money on that