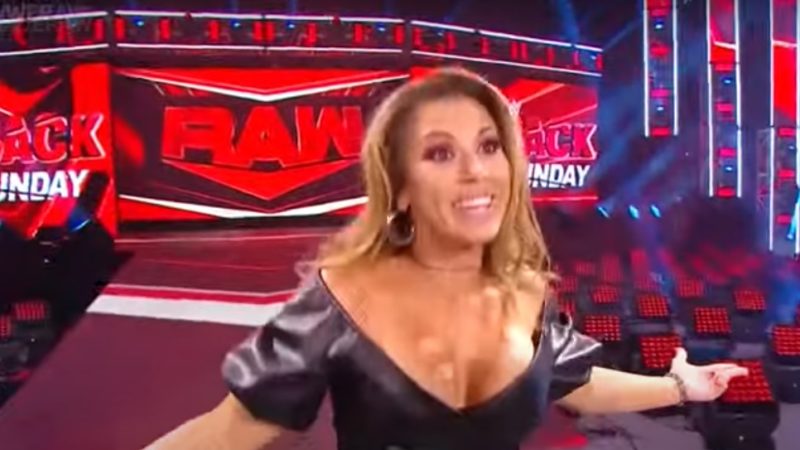 Long time WWE employee Mark Carrano became a huge topic of discussion after it was revealed that he was responsible for sending Mickie James back her wrestling gear in a trash bag. Mark Carrano was subsequently fired from his position as a result of his unprofessional and hurtful actions. Mickie James took to Twitter and revealed the entire ordeal as it sparked a lot of controversy on social media. WWE Superstar Lana also sent a bold message to Mickie James recently.

Stephanie McMahon apologized to Mickie James for this as she took to Twitter and said the following, stating that the person responsible was fired.

.@MickieJames I am embarrassed you or anyone else would be treated this way. I apologize personally and on behalf of @WWE. The person responsible is no longer with our company.

Now it seems a WWE legend has decided to comment on this trash bag incident and he did not mince his words. WWE legend The Iron Sheik took to Twitter and blasted Mickie James, calling her a dumb low life.

“YOU WOULD BE AMAZED WHAT YOU COULD ACCOMPLISH IF YOU JUST SHUT THE F*CK UP AND WEREN’T A PIECE OF SH*T NO GOOD MOTHERF*CKER LOW LIFE DUMB SON OF A BITCH. HAVE A GOOD DAY”

YOU WOULD BE AMAZED WHAT YOU COULD ACCOMPLISH IF YOU JUST SHUT THE FUCK UP AND WEREN’T A PIECE OF SHIT NO GOOD MOTHERFUCKER LOW LIFE DUMB SON OF A BITCH. HAVE A GOOD DAY