Big E revealed doctors told him he could have died on WWE Smackdown when he broke his neck, as seen in a tweet below.


Had my first doctor’s appointment and learning (because of the C1 fracture) I narrowly escaped a stroke, paralysis or death is very sobering. Life feels even more precious and valuable now.

Big E sadly won’t be on the WrestleMania card, but Logan Paul will be. YouTube personality turned professional boxer Logan Paul is currently one of the most popular celebrities in the world right now. He had been involved in a storyline in WWE back in April of last year, as he was in Sami Zayn’s corner for his match against Kevin Owens at WrestleMania 37. Logan Paul also previously leaked a bad Randy Orton text message.

Logan Paul is currently 0-1 in professional boxing. He would lose via split-decision defeat to fellow YouTube star KSI in Los Angeles in November 2019. In the ranks of exhibition boxing, however, Paul would face five-division world champion Floyd Mayweather Jr with no winner being declared. That fight went the full eight rounds and was held at the Hard Rock Stadium in Miami Gardens, Florida. The fight reportedly sold more than one million pay-per-view buys

Logan Paul recently took to his Instagram story and uploaded a photo of a sketch he did for his ring gear set for the upcoming WrestleMania 38.

During a recent interview with TMZ Sports, Logan Paul discussed working with former two-time WWE Champion, The Miz on the way to WWE WrestleMania 38 where the two will be facing Rey & Dominik Mysterio. Credit to Wrestling Inc for the below.

“He’s an awesome partner and like, mentor,” Paul said. “Like obviously he’s been in this business forever and he’s a superstar himself, and so having him by my side to kind of like, handhold me through the basics is fantastic. But yeah man, I’m learning quickly and the more I learn, the quicker I’m learning. Like, t takes me one attempt at a thing before I get it and once I know the ins and outs of the sport, I mean, the sky’s the limit, to be honest.” 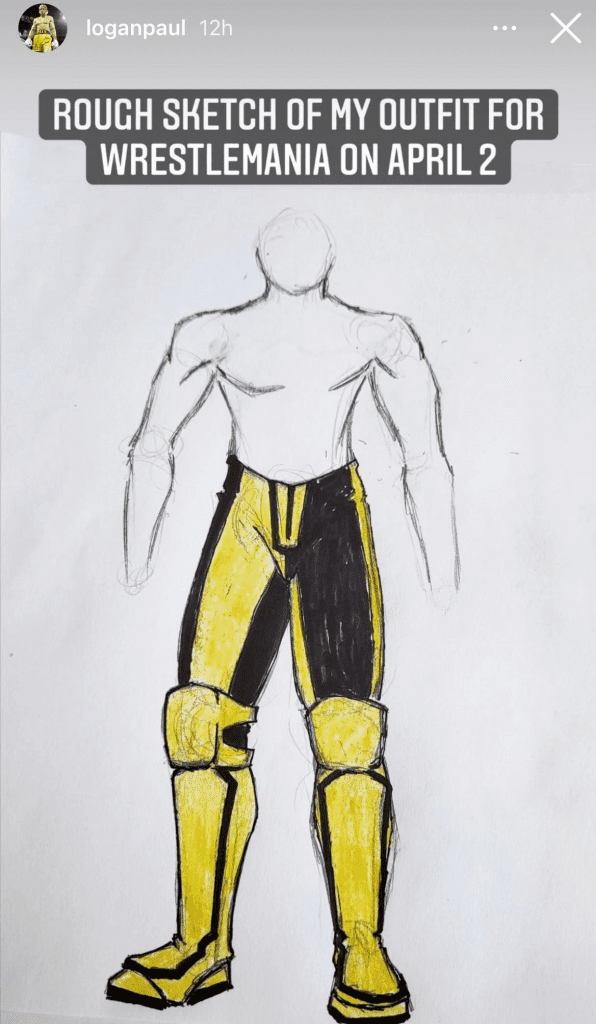