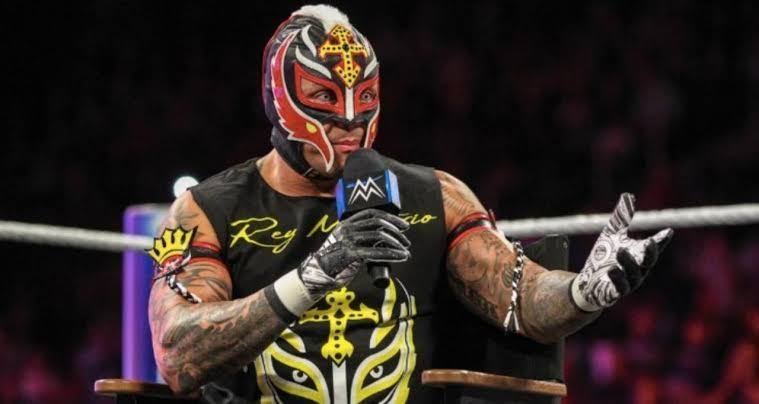 The Twitter account for Lucha Blog recently transcribed several points that were summarized in a new Andrade Q&A with a reporter. Here, it is being reported that Andrade was asked about how WWE treats their Latino talent and if any instance of particular Latino superstars being used well could be due to an alleged instance of racism. Rey Mysterio ‘furious’ with daughter boyfriend news?

This is something that Andrade denied vehemently as he stated during the Q&A and in addition credited his matches with Rey Mysterio as a catalyst to what gave him his chances in WWE. Andrade would also list non-Hispanic talent that haven’t been used to their full potential in WWE and ultimately state that this is not an issue of race.

In other news regarding Rey Mysterio, the dynamic WWE superstar was recently the topic of conversation during a recent edition of the Talk Is Jericho podcast. Guest and current AEW producer Dean Malenko told a story about the advice Eddie Guerrero would give to Mysterio whenever he and Mysterio wrestled. Credit to Wrestling Inc for the below quote.

This huge Rey Mysterio WrestleMania title match is rumored.  “One thing that I’ve always said and I’ve always talked about is that when the audience is clapping, cheering and screaming, you can’t tell if those cheers are for a guy that’s 5’2″, 6’2″, 7’2″. No, you’re cheering because the guy’s incredible at what he does. Rey really caught on quick, and I think a lot of it was Eddie telling him, ‘If you work with Dean, listen to Dean.’ I would hold him down. ‘Not yet.’ I kind of got him so he was selling everything and taking his time in between all the spectacular moves that he’s doing so we get the maximum benefit from the audience, and man, he just caught on like fire.”