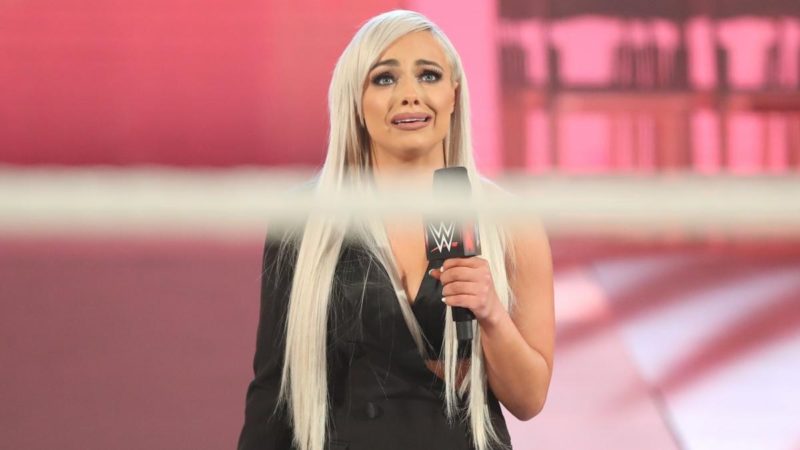 Natalya responds to the backlash

Nattie’s actions got the WWE Universe buzzing about the incident. The former SmackDown Women’s Champion claimed that she thanked Morgan after the conclusion of their match:

“I’m breaking character right now, but I actually said THANKYOU. If you must know,” wrote Natalya.

Did Natalya just throw a tantrum and no sell Liv Morgan wtf https://t.co/6br3G5MiGvpic.twitter.com/GMAPdgRFZf 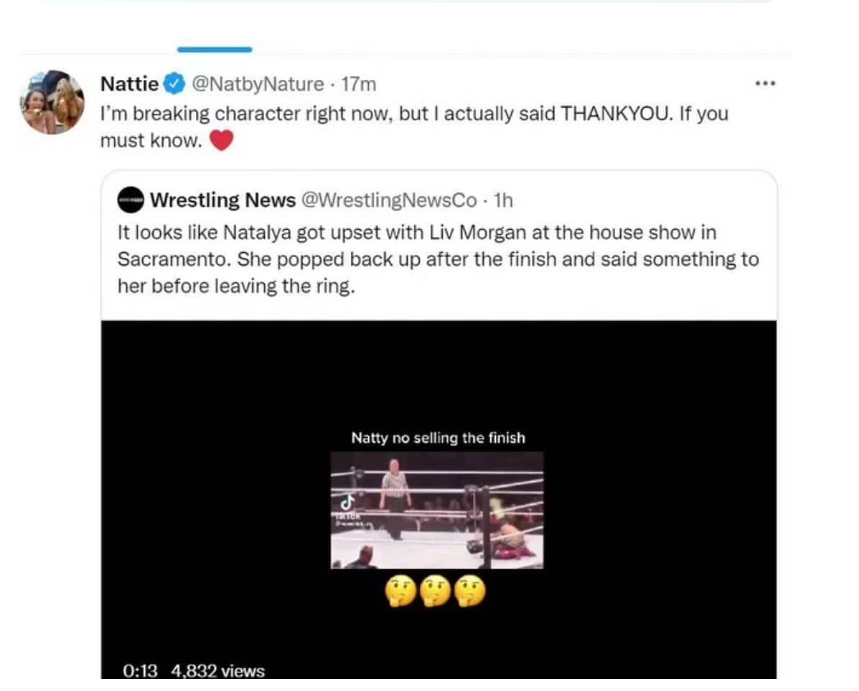 Liv Morgan had one of the memorable moments in WWE at the Money In The Bank Premium Live Event. She competed in the Women’s Money In The Bank Ladder Match and walked out as the winner, defeating Lacey Evans, Alexa Bliss, Raquel Rodriguez, Asuka, Shotzi, and Becky Lynch. Morgan then cashed in on Ronda Rousey at Money in the Bank and became the new Smackdown Women’s Champion. However, it has been reported that her title reign will be short-lived.

Bully Ray has a reputation of speaking his mind and this time around he spoke critically of the newly crowned WWE SmackDown Women’s Champion. Despite a very positive response from the crowd, Bully Ray wasn’t a fan, and speaking on Busted Open Radio, said:

I didn’t think it was a strong promo from her. But I will say this, the people were behind her, at first, but then it started to trail off a bit. I believe she was trying to memorise a promo last night – they’re never going to hand Liv Morgan a microphone and say, ‘Here’s five minutes, go say whatever the hell you want to say.’ Unfortunately, when I hear Liv talk last night, I feel like I’m watching somebody who’s playing a pro wrestler as opposed to being a pro wrestler.”

He said he wants Liv to come out and stand on her “own two feet”.

“This whole, ‘We did it guys, if it wasn’t for you guys, you guys got me all the way through,’ it’s uber babyface, chase-the-hug stuff and I understand why they do it. But, I want to see Liv come out there and stand on her own two feet – verbally and physically.”