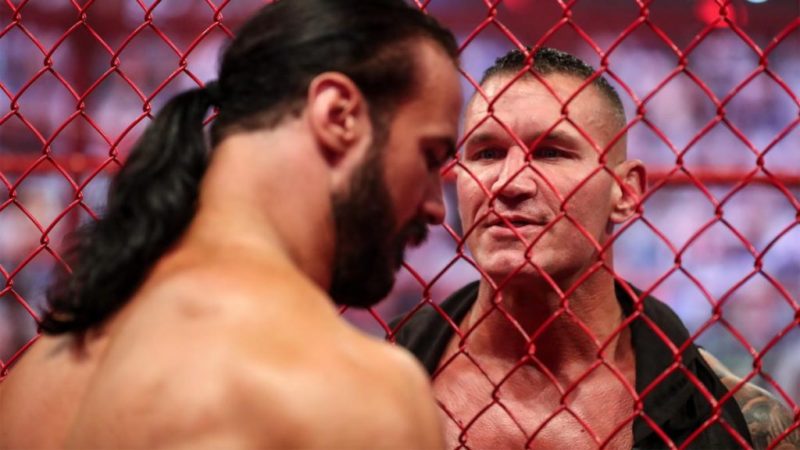 JBL was attempting to cut a promo hyping up Elimination Chamber on the preshow, but ruined it by having Randy Orton and Drew McIntyre in the wrong matches. An AEW star was mentioned by Booker T on the show.

It seems that JBL forgot where he is tonight as he messed up twice on the Elimination Chamber pre-show.

During a discussion about the Elimination Chamber match featuring Drew McIntyre, JBL didn’t realize that Drew was actually in that match.

After JBL was corrected and the crew laughed, JBL looked totally flustered by his mistake and threw his script up in the air at a loss for words.

The second botch that JBL made during the pre-show was that he thought Randy Orton was on the blue brand, Smackdown. Randy Orton has not been even been featured on Smackdown for some time with Randy’s last official roster spot on Smackdown being over five years ago.

Twitter erupted calling out JBL with one user saying: “JBL insists on talking about Randy Orton in the Smackdown Elimination Chamber match!”

It should be noted that JBL also spoke about whiskey quite a bit on the pre-show. It seems like the thought of whiskey may have been more than just a thought on JBL’s mind!

Mistakes happen when TV is live. We can’t blame JBL too much, can we?

JBL is having a rough time again and 2021 is already cancelled. We'll try again in 2022. pic.twitter.com/tIGyDtQtQF