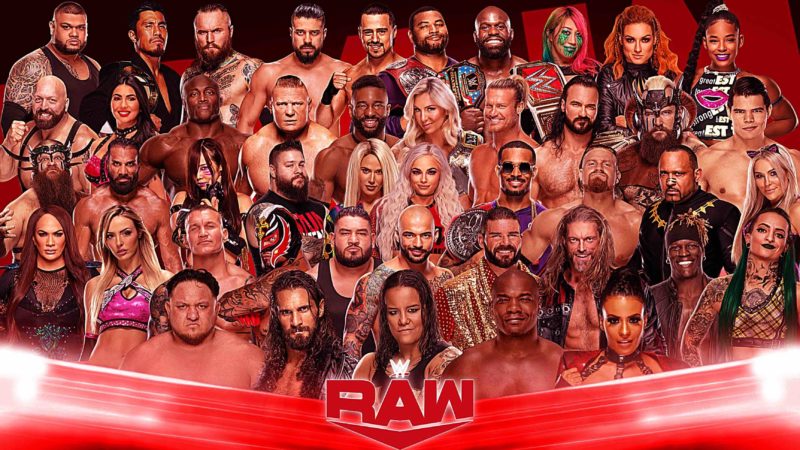 Ain’t no stopping Shelton Benjamin – except the power of live television! The Hurt Business group member cursed ‘s***’ after botching his entrance on this week’s edition of WWE Monday Night RAW. As one WWE fan took to social media via Twitter to share the incident of Benjamin cursing after coming to the realization that he was making his entrance with a COVID-19 mask on.

Benjamin took his mask off in a hurry and proceeded to make his way to the ring with his stablemates. While it made for a weird and awkward visual on TV, we appreciate the efforts of Benjamin to stay safe. You can view the entrance below.

The Hurt Business, including Benjamin were part of a losing effort tonight against ‘The Original Bro’ Riddle in a Gauntlet match. With Riddle’s victory, ‘The Original Bro’ gets a United States Championship chance against Bobby Lashley. The match will take place during this year’s edition of the Royal Rumble which takes place in the WWE Thunderdome at Tropicana Field in Tampa Bay, Florida. The 2021 Royal Rumble is on Sunday January 31st.

In other news concerning The Hurt Business and Shelton Benjamin, Benjamin took to social media via Instagram to dedicate his WWE RAW Tag Tean Championship with Cedric Alexander to Shad Gaspard, who did last year due to a traegic accident in which he and his son were caught in a rip current over at Venice Beach. Gaspard competed in WWE along side his tag team partner, JTG as a member of Cyrme Tyme. You can view the tribute below.