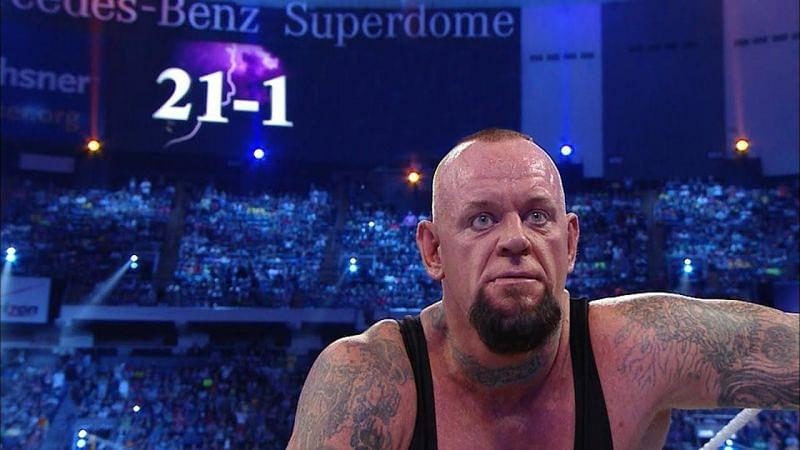 The WWE legend, The Undertaker has been officially inducted into the 2022 Class of WWE Hall of Fame by WWE Chairman Vince McMahon. He has squared off against numerous high-profile athletes in his legendary career. His series of matches and feud with fellow WWE Hall of Famer Mick Foley has certainly made him the huge star that he is today. But his name was never mentioned when he gave his emotional speech. Foley’s daughter, Noelle Foley is seemingly upset with the gesture.

Noelle Foley is unhappy that The Undertaker didn’t mention

Noelle took to her Twitter account and dropped a couple of Tweets questioning Taker for not mentioning Mick Foley.

“That was a great speech, but I’m very surprised there was not one single mention of my dad and their legendary matches together.”

“I understand it’s difficult to fit everything into one speech and remember every single person you want to mention. But it just would have been nice to hear my dad’s name mentioned.”

Obviously I understand it’s difficult to fit everything into one speech and remember every single person you want to mention. But it just would have been really nice to hear my dad’s name mentioned.

The Undertaker had namedropped several stars including Triple H, Shawn Michaels, and Kane, with whom he has had several storylines. But did not name Mick Foley. The Undertaker, whose real name is Mark Calaway in his WWE Hall of Fame speech spoke from the point of view of his real self and not the on-screen character:

“For the last 30 years, my identity has been ‘Undertaker.’ The Phenom, The Deadman, the American Badass, and the taker of souls. Tonight, I’m gonna take you behind the curtain and meet the man behind the black hat, Mark Calaway. I wanted to show you the same respect you’ve shown me for so many years.”

He also said that the Undertaker can now ‘Rest in Peace’ after entering the WWE Hall of Fame. However, before exiting the ring Mark Calaway, took a look at the various outfits throughout his career which were placed inside the ring and wore one of them along with his iconic coat and hat, and said, “Never say never,” seemingly teasing a return to the ring.