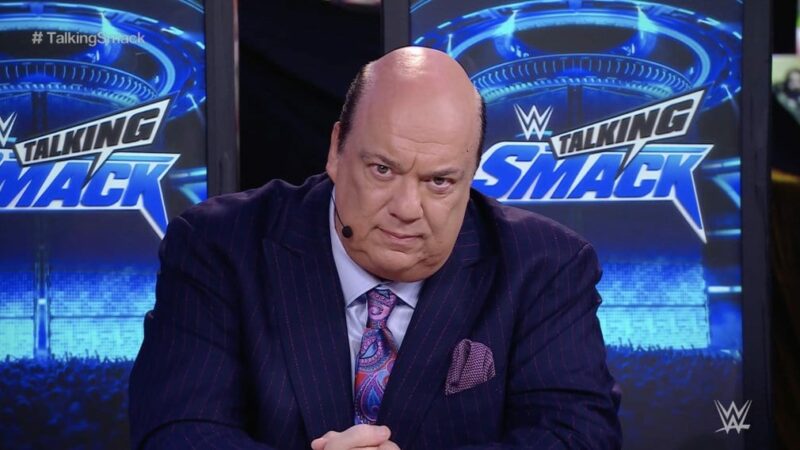 Paul Heyman is one of the integral parts of behind the scene duties in WWE. He had seemingly found himself in trouble after a backstage incident. From 1999-2012, Brian Gewirtz worked for WWE as a creative writer and present day, he is the Senior Vice President of Dwayne ‘The Rock’ Johnson and Dany Garcia’s Seven Bucks Productions company.

Gewirtz is set to release a book about his time working for WWE that is titled, There’s Just One Problem: True Tales from the Former, One-Time, 7th Most Powerful Person in WWE. Gewirtz recently made a guest appearance on The Ringer’s Cheap Heat podcast to promote the his book that will be released on August 16. He reflected on several stories he wrote about in the book and recalled an incident with Paul Heyman.

Paul Heyman had a slap fight with Brian Gewirtz

Gewirtz recalled one of the stories in the book that was his slap fight with Heyman. Gewirtz stated they both were suspended, but it was nothing like the bout between Mike Tyson and Evander Holyfield. He said:

You’ll love the chapter in the book where Paul [Heyman] and I get into an actual slap fight and get suspended from WWE. It was a — by the way, I get along great with Paul now.

Well, you know, ‘won the fight’, I don’t know [if I would say that]. You know that GIF of Jerry and George [from Seinfeld]? I think that was, you know… it wasn’t exactly [Mike] Tyson/[Evander] Holyfield.

Following his full-time tenure with WWE, Gewirtz still did some consulting for the company. Meanwhile, Heyman serves as the on-screen ‘Special Counsel’ to the reigning Undisputed WWE Universal Champion Roman Reigns.