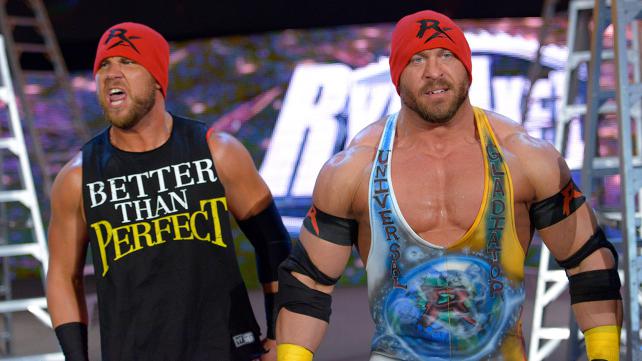 – There may have been sound issues at Thursday’s WWE live event in Dublin, Ireland, at least during the main event, as John Cena could be heard calling his moves by fans as far back at the second-to-last row of floor seats. Cena defeated Kane and Bray Wyatt in a handicap match, with the help of Dolph Ziggler.

– Curtis Axel met back up with his tag team partner Ryback in a segment on this week’s WWE Superstars. Axel was upset about his loss to Adam Rose when Ryback walked in. Ryback joked that he thought Axel had been lost in Mexico. Ryback said he was going to focus on his singles career and had read some books on politics while he as recovering from surgery.

Ryback told Axel that Rose probably cheated to win because Rose can’t beat Axel clean. Axel said maybe it is best if the two go their own ways but they will see other down the line. Ryback added that all great tag teams eventually get back together and so will they.