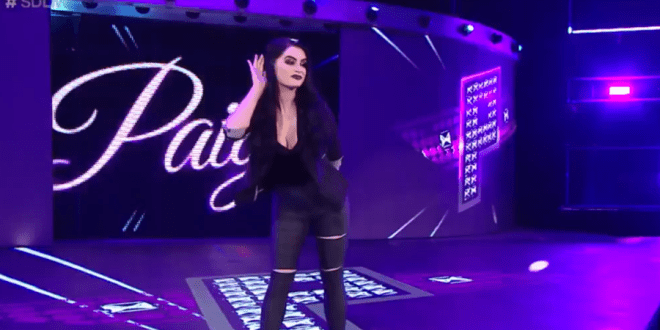 Paige’s new role as Smackdown Live’s general manager has given the WWE Universe some hope that the B show can rise in quality. With a new storyline head at the helm of the show, fans and critics alike believe we’ll see some big changes coming to the Blue Brand relatively soon.

In fact, WWE themselves put out a list of five things that they’d like to see the Anti-Diva accomplish in her new position. Among the list are bringing back Talking Smack, a segment that many believed help flesh out the characters on Smackdown, and making the United States Championship something that should be defended every week.

However, number one on the list is to make a women’s tag team division.

With so many hurdles having already been crossed in the Women’s Evolution, it’s a natural inclination to begin to wonder what is next. In her new position as General Manager, Paige could be the facilitator for an entire new wrinkle in the makeup of the SmackDown Women’s division by introducing Women’s Tag Team Titles. On SmackDown LIVE, there are natural duos such as Charlotte Flair & Becky Lynch, The IIconics and Mandy Rose & Sonya Deville. Think about it: Those pairings are not currently together because of any great prize, but simply because of personal relationships. If titles were thrown into the mix, the competitive landscape would immediately intensify due to how much it would mean to the teams involved.

If you want to see the rest of the article, you can click here.

The addition of tag titles has been rumored for a while in the WWE. Both the Cruiserweights and the Women’s division, supposedly, are working towards adding tag titles. Nothing has been confirmed as of yet, however. But with the addition of The IIconics and the Bellas wanting to possibly make a comeback, now might be the best time to bring the idea to fruition.