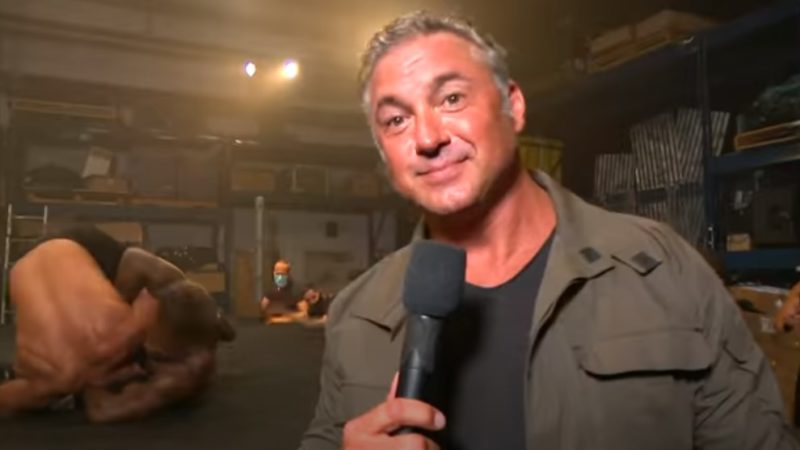 WWE has released a new teaser trailer for the return of RAW Underground on this coming week’s episode of Monday Night Raw, as well as an updated preview for the weekly red brand show.

WWE.com posted the following this weekend to promote the upcoming 8/10 episode of Monday Night Raw:

Who will fight in Raw Underground next?

Shane McMahon turned Monday night on its head when he introduced Raw Underground, a gritty, smash-mouth battleground, to the world. So far, the monstrous Dabba-Kato, Erik of The Viking Raiders, Dolph Ziggler and The Hurt Business made their presence felt.

Who will be the next Superstar to risk it all in an environment where there are no rules?

When Ric Flair tried to tell Kevin Owens to be more like Randy Orton, KO caught the two-time WWE Hall of Famer off-guard by challenging The Viper to a match this Monday instead.

Now that he’s in The Legend Killer’s line of sight, will Owens be able to drop The Apex Predator, or will Orton’s path of rampage roll on as he heads toward his WWE Championship Match with Drew McIntyre at SummerSlam?

Asuka is out for payback on Sasha Banks & Bayley, and The Empress is set on reclaiming her Raw Women’s Title. But to challenge The Boss at SummerSlam, she’ll have to get through SmackDown Women’s Champion Bayley first.

The Empress of Tomorrow hasn’t forgotten the brutal beatdown Bayley put on her close friend Kairi Sane, and she will certainly be looking to make Bayley regret it. But will retribution blind Asuka and cost her a chance to reclaim her title?

The Monday Night Raw teaser video released on the official WWE YouTube channel, which you can view below, features the following synopsis for the August 10 episode of the weekly red brand show: