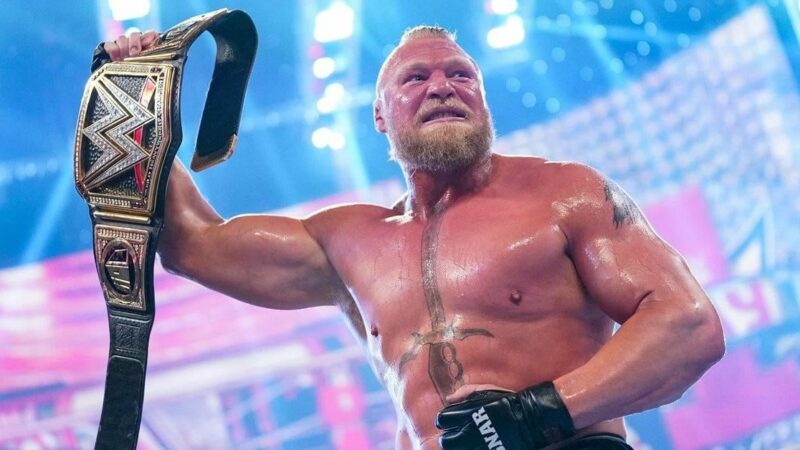 The former WWE Champion Big E dropped the title to Brock Lesnar in shocking turn of events at the inaugural Day 1 premium live event on New Year’s Day in Atlanta, Georgia. The WWE Universal Champion Roman Reigns unfortunately had tested positive for the virus and was pulled from the show. Brock Lesnar was scheduled to challenge Reigns at Day 1. Instead, he was shifted to the scheduled WWE Championship match between champion Big E, Seth Rollins, and Kevin Owens.

Big E was planned to win

On the latest Bryan and Vinny Show, Bryan Alvarez discussed the situation. He stated that the original plan was for Big E to walk out of Atlanta with the title. Alvarez noted that because Reigns came down with the virus, the title swap was made. The decision has been heavily criticized by the fans as well, who believe that the title run was not supposed to end in the way it did:

“Going into this show, Big E was coming out the Champion. And so Big E losing the title was a direct result of Roman getting the virus and having to scramble to come up with a new idea…My presumption [and] I don’t have this 100 percent confirmed. What people have told me they believe is what’s going on here. Here’s the thing with WWE, everybody. When there’s a storyline involving Roman and Brock, the people that know where this is going are Roman, Brock and Vince and probably Paul Heyman and maybe Bruce Prichard. I can talk to 100 people there and 100 of them would tell me, ‘I think this is what’s happening but I don’t know for sure.’ But I think that the idea here is that they are doing champion vs. champion at WrestleMania. Roman would be the SmackDown Champion, Brock would be the Raw Champion. Either a unification match or just champion vs. champion like they do at Survivor Series.”

It appears the planned match between Roman Reigns and Brock Lesnar is still on for Wrestlemania. It is unclear what WWE plans to do about the championships. As of now, Lesnar is likely to be involved in a feud with Bobby Lashley, who teased a potential challenge at the show.