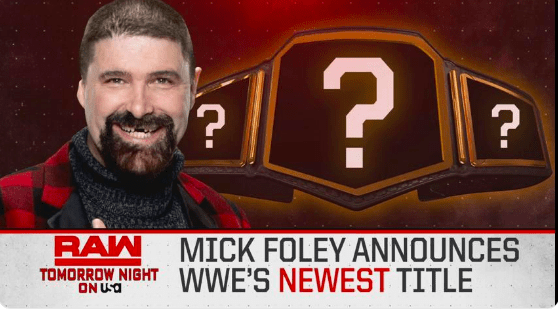 A new title is on its way. During the Money in the Bank pay-per-view, WWE made an interesting announcement that surely spiced things up.

WWE announced that WWE Hall of Famer and former RAW GM Mick Foley will be returning to RAW this week and will unveil the company’s newest title.

Speculations suggest that it could very well be the return of the “Hardcore Championship” since Foley has quite the history with the title. However, others are of the opinion that it might actually be Intergender Tag Team belts and a new division will be made.

Either way, speculations are just speculations and nothing can be said for sure until the revelation is ultimately made tomorrow night. This is an interesting move on WWE’s part to tackle the rating problem and a lot of buzz is already being created.

What do you think this new Title will be? Let the speculations begin…