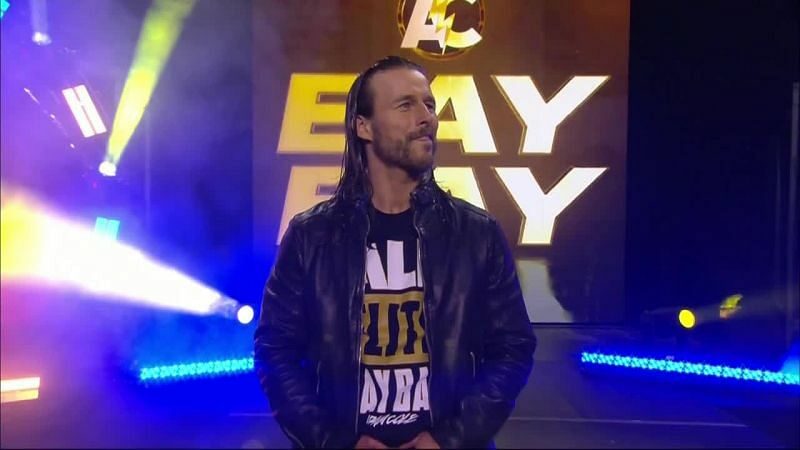 WWE star and color commentator on SmackDown, Pat McAfee go way back with rivalry with the former NXT star Adam Cole. The former NFL star recently reacted to the huge debut of Cole in AEW at last night’s All Out pay-per-view. During The Pat McAfee Show, he went on to share his thoughts on Cole and criticized the former Undisputed Era member for leaving WWE.

During the show, McAfee decided to give his take on his former rival, Cole, and said that “He’s a terrible scumbag a**hole. F**k that guy.” He further added that he “can’t take this guy.” However, he did ‘congratulate’ Cole and Bryan Danielson later for their epic debuts in AEW. Vince McMahon ‘Worried’ About Top AEW Star

Many fans were expecting Bryan Danielson, but Cole’s arrival captured a lot of attention. It turns out that deal came together in a hurry as well. During the media scrum after All Out, Tony Khan spoke about Cole’s deal with AEW and how fast the whole thing came together. Cole’s last match was August 22nd at NXT TakeOver: 36, so they had to work fast to get this deal arranged. As previously reported, Cole was a bit shocked to discover how soon his WWE deal was expiring. Here is what Khan said:

“This all came together very quickly, at a time when he didn’t know he was going to be out of his [WWE] contract. I had no idea, he had no idea, and suddenly he was out of contract very recently and a lot of things came together, it was an amazing time. So many things happening for AEW and for our business, but I couldn’t imagine a better person to be here on an amazing night.”

Adam Cole had also made it clear to WWE that he wasn’t giving up his Twitch channel.