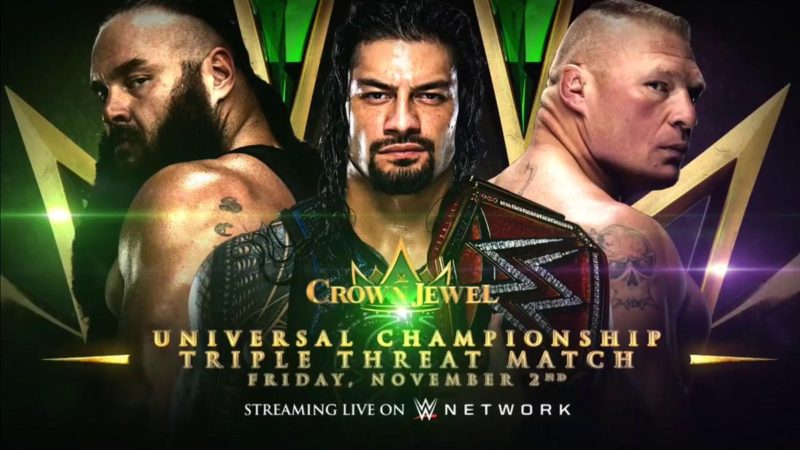 Brock Lesnar ruined the WWE Universal Championship match at Hell in a Cell, brutalizing Braun Strowman and Roman Reigns before the PPV went off the air. With the Beast Incarnate awaiting a rematch for the title he lost at SummerSlam, it looks like we finally know when he’ll get his chance.

It was revealed on Raw tonight that Lesnar would get his rematch at the WWE Crown Jewel event in Riyadh, Saudi Arabia. The former champion will face Braun Strowman and current champion Roman Reigns in a Triple Threat match at the event while earning a seven-figure payday.

Will Brock Lesnar walk away with the Universal Championship once again? Let us know what you think in the comments below.