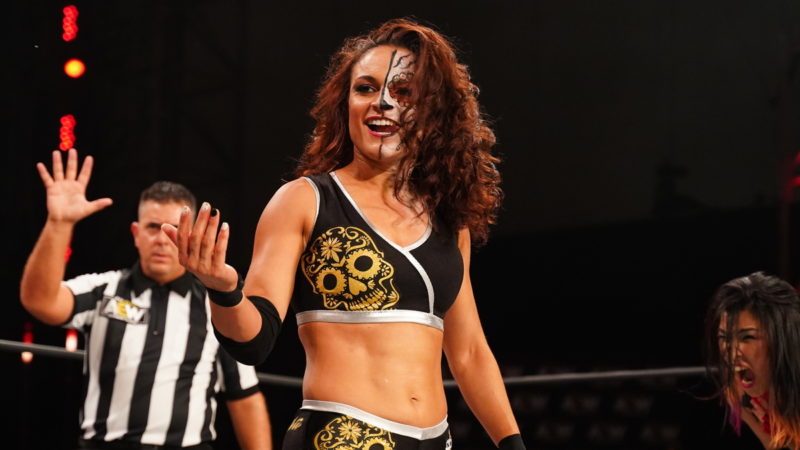 Thunder Rosa dropped the NWA Women’s Championship last week and many fans speculated where she would go next. Several reports also stated that WWE and AEW showed interest in her. However, she does not know where the WWE rumors came from.

Rosa made her AEW debut as the NWA Women’s Champion. Then AEW signed Serena Deeb, who went on to beat her for the title. The connection to AEW can be seen. However, WWE only ever offered her a tryout as a referee.

Sean Ross Sapp of Fightful spoke with Thunder Rosa. She confirmed that she still has Combate Americas commitments that she needs to get done. She also said she has no idea where the rumors of WWE showing interest in her came from.

She also specified she isn’t sure where rumors came from that WWE reached out to her, but Fightful has heard from WWE sources that they’d be interested in her if available.

Rosa is also still contracted to NWA and will be working with the company till 2021. We will have to see whether she ends up in WWE or not.