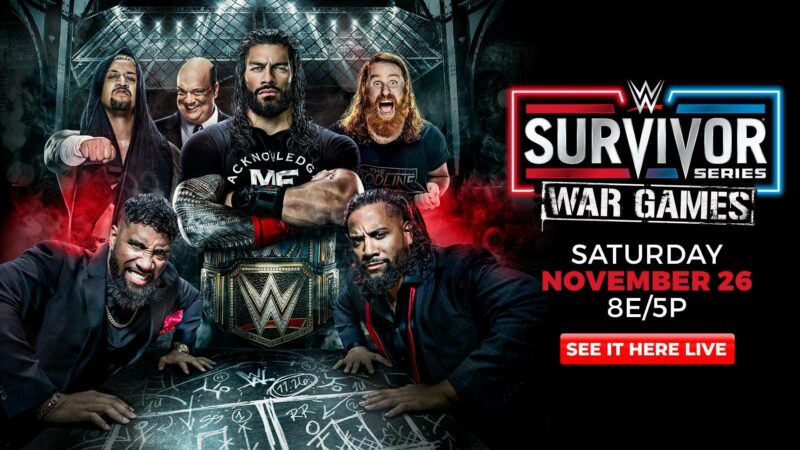 WWE Survivor Series WarGames Premium Live Event is just a week away. It will featured Men and Women’s WarGames matches. Xero News has reported that “As of yesterday plans have Women’s War Games to open Survivor Series Men’s War Games will main event the show.” Speaking about Men’s WarGames match, Mike Johnson over at PWInsider.com reported that the current plan is to have The Bloodline take on the team of Drew McIntyre, Kevin Owens and The Brawling Brtutes .

As of yesterday plans have

This may change if told of changes will update.

Source believes Candice LeRae will be the last entrant for the faces at War Games.

Ripley and Yim were added to their respective teams on the latest edition of Monday Night RAW after being offered spots in the historic match. Initially, Yim turned down a spot in Team Damage CTRL after being approached by Bayley & Co. in a backstage segment. Yim pointed out that she had no issue with any of the women on Team Bianca, and made that abundantly clear after IYO SKY’s victory over Dana Brooke.

Yim stepped out and said she thought about Damage CTRL’s offer, but WarGames is a time when one has to pick a side, and she had picked hers. This led to Team Bianca stepping out and embracing Yim, causing Bayley to grow furious.

Later in the show, Ripley approached Damage CTRL in the backstage area, offering her services to join their squad for WarGames. With Yim being introduced by The O.C. as the solution to the “Rhea Problem,” the story here is that Ripley wants to be on the opposing team. “Let’s go to war,” Ripley told Damage CTRL while announcing her entry into the match. The segment ended with Damage CTRL celebrating Ripley’s acquisition.