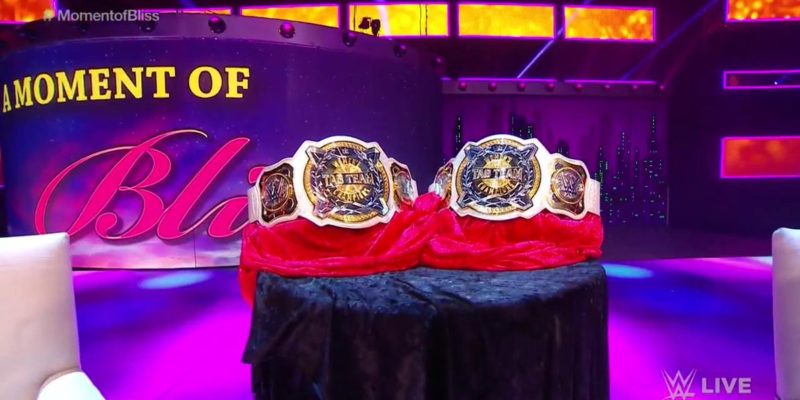 On tonight’s Monday Night Raw, Alexa Bliss hosted the second edition of “Moment of Bliss.” Prior to bringing out her guest, Paul Heyman, she began to talk about the WWE Women’s Tag Team Titles.

Bliss said that though they were announced last month, the WWE Universe wasn’t told when they would be making their debut or how the first champions would be decided. That changed tonight.

Bliss revealed the tag team titles, which would be dual brand, during Moment of Bliss. Afterward, she said that three teams from both Raw and SmackDown would compete in an Elimination Chamber match at the EC PPV to crown the new champions.

Following that, Bliss spoke to Paul Heyman about the Fatal-4-Way to determine Brock Lesnar’s new #1 contender. However, before they could finish the conversation, they were interrupted by Otis Dozovic of Heavy Machinery.

Tucker Knight came out to try to drag him back, along with Raw’s security team.