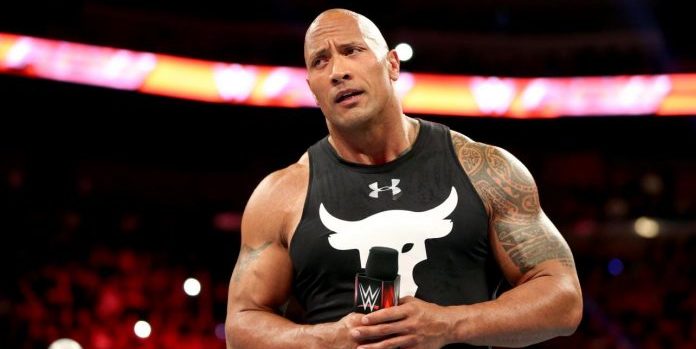 The Rock is currently enjoying his success as an actor in Hollywood, with his movies breaking box office records one after another. So he never has time to wrestle anymore.

According to WrestleVotes, WWE’s original plan for The Rock included him entering the Royal Rumble as a surprise entrant. He would then win the match, thus setting up a Wrestlemania main event between The Rock and Roman Reigns.

However, that plan is no longer applicable due to Roman Reigns’ leukemia announcement in October.

WrestleVotes speculated that Rock could still win the Rumble and challenge Brock Lesnar for the Universal title at Wrestlemania. It has already been reported that Vince McMahon has been wanting a Brock vs The Rock match for a long time now.

Nothing is confirmed as of yet, so the match might not even happen. We will have to wait until we get more updates on the matter.

Rumble tidbit: Plan at one point was for The Rock to win the Royal Rumble & face Roman Reigns at Mania. That’s obviously not happening. Can Rock still win it & face Lesnar? I guess. Depends what kind of agreement Rock and WWE have. Once plans changed, Rock may have reconsidered.