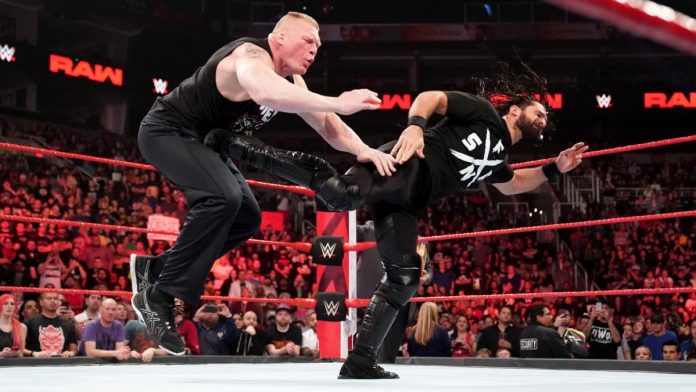 After winning the 2019 Royal Rumble match, Seth Rollins earned the opportunity to go to WrestleMania and challenge Brock Lesnar for the WWE Universal Championship.

Original plans for the Rollins vs Lesnar match heading into WrestleMania 35 were said to have involved Roman Reigns and his battle with leukemia as part of the storyline. However, plans have changed and WWE is going a different route in order to build the feud between Rollins and Lesnar.

On the latest episode of Wrestling Observer Radio, Dave Meltzer talked about the Rollins vs. Lesnar match at WrestleMania. He noted that the plan now is for WWE to plant seeds of hope that Seth can beat Lesnar at Wrestlemania. The idea is that it will start out with Rollins not having any chance at defeating Lesnar. Then each week they will build up to the idea that Rollins has a genuine chance at defeating Brock at WrestleMania.

They will use promos from Paul Heyman to lay the foundation and slowly build up the hope that Rollins can overcome The Beast and become the Universal Champion.

However, it is still unknown how WWE will book the Universal Title match at Wrestlemania. The outcome can change at any time and depends on if Brock extends his contract with WWE or not. What we do know is that by the time Wrestlemania comes around, Seth Rollins will have a legitimate chance at conquering The Beast.

We will keep you updated as we get to know more regarding Wrestlemania 35.