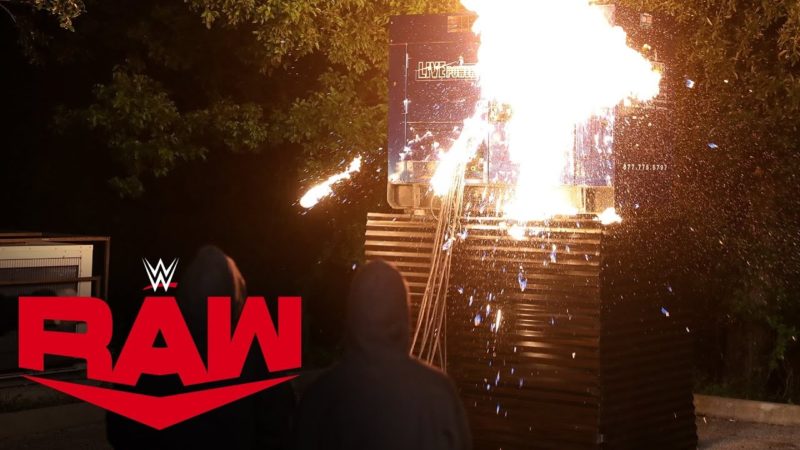 Prior to this week’s episode of Monday Night RAW, WWE announced that a brand new faction will be debuting on the show. This faction caused trouble with production throughout the show and ended up setting a generator on fire.

According to Fightful Select, WWE apparently revealed too many details about the faction too early. The report states that the company’s social media team “jumped the gun” with its announcement about the faction.

The original leak was made by Pro-wrestling Sheet and the company made an official announcement minutes later. However, the faction’s first appearance was clad in mystery as they were all dressed in all-black clothing and no revelations about their identities were made.

Either way, the company will look to develop this storyline more in the coming weeks. It will be interesting to see what new elements this faction brings to Monday Night RAW.