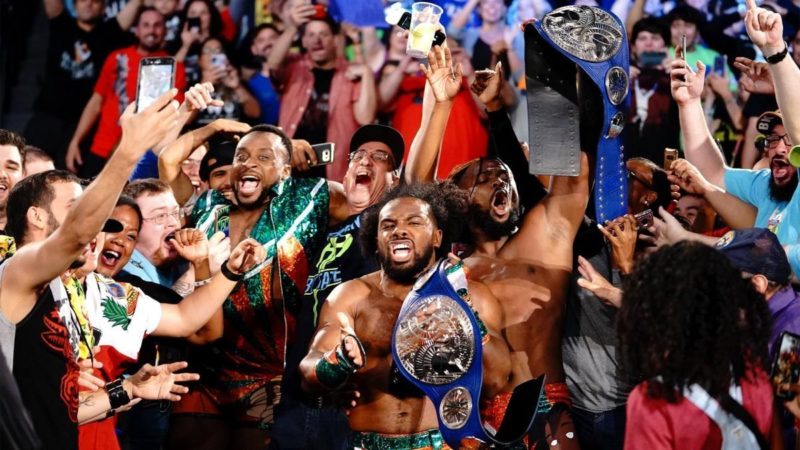 The New Day has become one of the WWE’s most successful, and marketable, groups in its entire history. With merch sales through the roof, multiple tag title reigns, including the longest tag title reign in WWE history, the group will go down as one of the all-time great trios in professional wrestling.

However, that almost didn’t happen. In fact, Xavier Woods almost quit wrestling entirely. In a recent appearance on Corridor Digital’s Corridor Cast, Woods talked about how frustrated he was with his time in the WWE, essentially being stuck since 2010 with no direction. Eventually, he felt compelled to throw out an idea, pitching the New Day to Kofi Kingston and Big E, just to see if it could gain some traction, feeling that if it didn’t work, he didn’t deserve to be in the industry.

I approached E and Kofi and said ‘Hey, I’ve got an idea, I want to do this.’ Kofi, obviously, already established. One of the most decorated humans to ever come through the WWE. E had just come off, I think, Intercontinental Champion, and I hadn’t done anything but been beat up by a ton of people.

And so, my thought was, ‘I have this idea for this group, I wanna try it out. If it doesn’t work and it just fails, that’s on me, and I shouldn’t be here, because that didn’t work. That would prove to me that I don’t know what I’m doing. I should go use my degree. I should start working with other psychologists and talk to people about their problems.

The New Day wasn’t immediately a hit, as they struggled to get a reaction out of the fans. However, the idea was for a heel faction, which the WWE didn’t think would work, believing fans wouldn’t boo Kingston. Woods, in a pretty interesting move, bet his entire career on getting the WWE Universe to boo Kingston in a month. Vince McMahon accepted, and the rest was history.

We went to Vince McMahon and I was like, ‘If you give me a microphone four weeks in a row, I guarantee you they will boo Kofi Kingston.’ And he was like, ‘You really believe in this that much?’

‘If I don’t do it in four weeks, you’ve got sixty dudes in developmental that deserve this spot more than I do.’ He said, ‘So, I can send you home and get rid of you.’ I was like, ‘You should if I can’t do it. If I can’t make good on this, then I don’t deserve to be here.