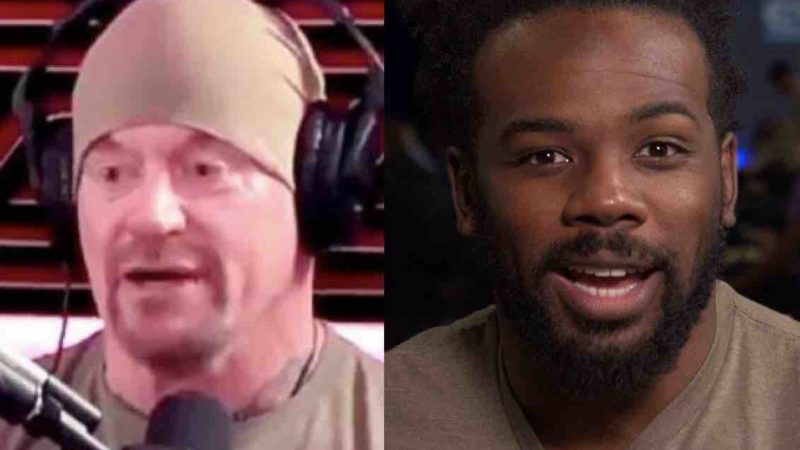 The Deadman recently spoke to Joe Rogan on his The Joe Rogan Experience podcast. During the podcast, The Undertaker was asked if he still watches WWE as a fan. He did not mince words while expressing his opinion.

The Phenom said that he has difficulty watching the product as a fan as it has changed a lot. He added that the current product has become ‘kinda soft.’ He then said that the current WWE shows are all flash and barely have enough substance. He mentioned a lot of them just play video games now, and that his generation was tougher.

“I try. It’s tough right now for me [to enjoy the product]. Cause the product has changed so much and it’s kind of soft. I’ll probably piss a lot of people off but they need to hear it. It is what it is. To the young guys [who think] he’s a bitter old guy. I am not bitter. I did my time. I am good. I walked away when I wanted to walk away. I just think the product is a little soft. There are obviously guys here and there that have an edge to them but there’s too much pretty [and] not enough substance I think right now.”

“In that era of guys, too, those were men. You go into a dressing room nowadays and it’s a lot different. I remember walking into my first real dressing room, and all I saw were some crusty fucking men. Half of them had guns & knives in their bags. Shit got handled back then. Now you walk in, there’s guys playing video games and fucking making sure they look pretty. It’s evolution, I guess. I don’t know what it is, but I just like those eras, man. I liked when men were men.”

The Undertaker hung up his boots back in Survivor Series 2020. Taker also said a lot of his generation stepped away at the same time, so they didn’t get to work with the current generation as much.

The New Day’s Xavier Woods has responded, “I wouldn’t be the person that I am without the guidance and lessons of a few key people from the previous generation of wrestling. They taught me about the business, to save my money, & that having video games in the locker room is healthier than having [redacted]. Thank you guys.” Undertaker admitted to steroid use on Joe Rogan, and discussed drugs in wrestling.

I wouldn’t be the person that I am without the guidance and lessons of a few key people from the previous generation of wrestling. They taught me about the business, to save my money, & that having video games in the locker room is healthier than having [redacted]. Thank you guys