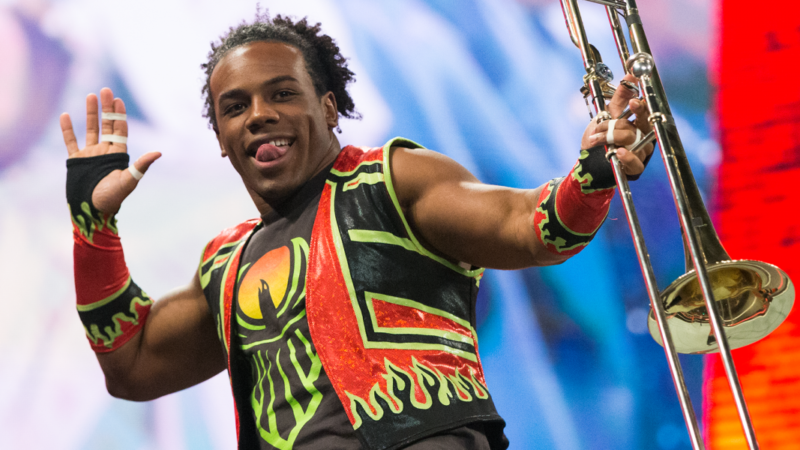 The New Day member Xavier Woods recently referenced AEW star Claudio Castagnoli (FKA Cesaro) during a recent WWE house show. Taking to Twitter, a fan posted a photo of The New Day going up against The Usos at a live event. The tweet saw Woods locking up their opponent while Kofi Kingston was in the background.


In reply to the said tweet, Woods referenced Claudio. He explained that the move was inspired by the latter and the maneuver applied more pressure to the neck of their competitor.

“The @ClaudioCSRO lean. Adds more pressure to the neck. Do everything you can to ensure victory!”

The @ClaudioCSRO lean. Adds more pressure to the neck. Do everything you can to ensure victory! https://t.co/J5Fq4BByaK

The New Day are currently entailed in a feud with The Viking Raiders. Meanwhile, Claudio Castagnoli (formerly Cesaro in WWE) made his surprise debut at the recently-concluded AEW x NJPW: Forbidden Door pay-per-view. and the fans were left surprised.

The former WWE United States Champion was revealed as the replacement of Bryan Danielson for the match against Zack Sabre Jr. at AEW x NJPW: Forbidden Door. ‘The Swiss Cyborg’ was one of the last people Danielson worked with in WWE and has been praised multiple times by the featured member of The Blackpool Combat Club. We had reported how he had been training for a return. Claudio has a history with Sabre Jr, as the two wrestled an Iron Man match in Westside Xtreme Wrestling. Danielson had stated on Dynamite that whoever his replacement will be the newest member of The Blackpool Combat Club. He also competed at Blood and Guts match being a part of the Blackpool Combat Club and habng a great time in the company.