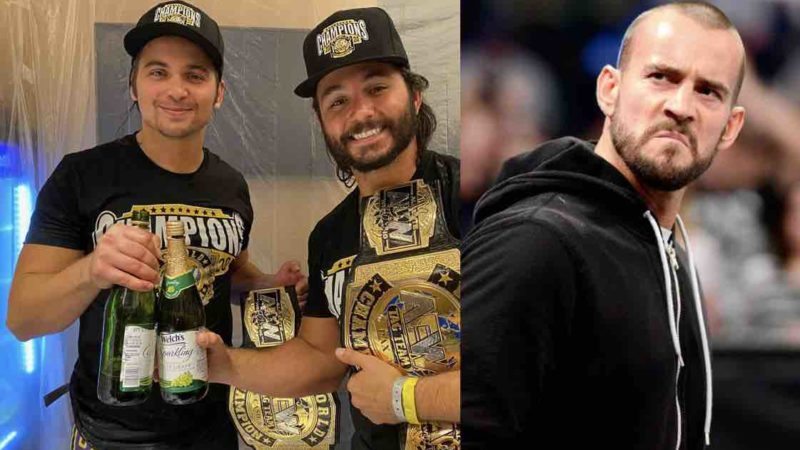 CM Punk left the professional wrestling world in its entirety after he walked out on WWE back in 2014, after the Royal Rumble pay-per-view. After that fans have been wondering whether he will ever make a return to the squared circle.

Now it seems CM Punk will, in fact, make a return to the squared circle; just not in the way fans might have hoped for. Actor  Stephen Amell took to Twitter and uploaded a photo of him and CM Punk together inside a wrestling ring.

Amell welcomed Punk to the Starz series called ‘Heels.’ Punk will be a regular on the show and will also compete in the ring. Amell noted that Punk was a little rusty inside the ring the day before, but he is sure to get better.

Please welcome @CMPunk  to @HeelsSTARZ — He was a little rusty in the ring yesterday, but I assured him it was just like riding a bike,”

It seems this announcement has caught the attention of some unexpected pro wrestlers. AEW Tag Team Champions The Young Bucks took to Twitter and reacted to CM Punk’s return to the squared circle.

They simply put emojis that implied they are interested in seeing what Punk will do next.