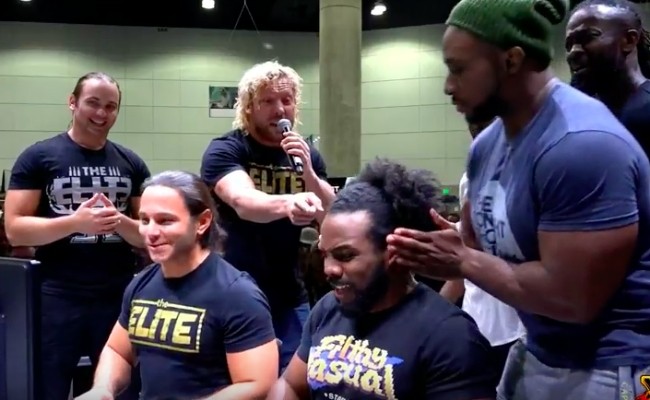 The Elite and the New Day have met a handful of times over the years, but never inside a wrestling ring. With Xavier Woods and Kenny Omega sharing a love of video games, both forming their own communities on their respective YouTube and Twitch channels, they managed to come together on neutral ground at E3 2018.

Kenny Omega and the Young Bucks faced Xavier Woods, Big E, and Kofi Kingston in a series of Street Fighter V matches. Though it wasn’t the kind of contest fans might have wanted, it was an exciting clash between the men nonetheless.

However, according to The Young Bucks, an actual match was pretty close to taking place. In an interview with ESPN West Palm, they talked about the dream match that they’re still hoping for in the future.

I would say The Elite vs The New Day because that was actually something that was close to happening at one point, but it’s just never happened. I think if that six-man happened it would’ve tore the house down.

With the New Day and the Bucks & Omega tied up with the WWE and AEW, respectively, it’s hard to think that we’ll ever get this showdown. Crazier things have happened, though, and like they always say in the business, never say never.