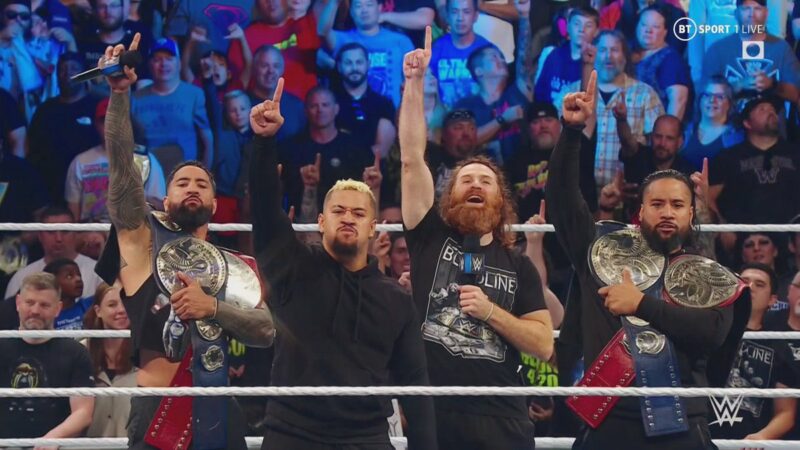 AEW star MJF tweeted a ‘we the ones’ emoji after Roman Reigns’ The Bloodline added Solo Sikoa as a member on SmackDown tonight. MJF’s character has gone after Tony Khan in worked shoot promos this year. His AEW contract expires in January 2024.

WWE Hall of Famer Kevin Nash has taken a jab at AEW President Tony Khan over the controversy involving CM Punk and The Elite.

AEW President Tony Khan might have to bear a huge loss after CM Punk was reportedly involved in an altercation following the conclusion of the All Out pay-per-view. During the post-AEW All Out media scrum, CM Punk blasted Colt Cabana, Hangman Page, Kenny Omega and The Young Bucks. Punk utterly buried Page and Cabana in particular while blaming the Bucks and Omega for being incompetent EVPs.

Former WCW announcer Mark Madden took issue with what Punk said. Madden made a point when he said, “BTW, why was it a big deal or insulting that Colt Cabana shared a bank account with his mother? I shared one with mine when I helped support her as she grew elderly. Opened the account for that reason. I didn’t get that being brought up.”

Nash replied to give his two cents about Punk making a big deal out of Colt Cabana sharing his bank account with his mother.

“I think the fact he’s sitting next to his boss who’s basically in the same situation In reference to his dad’s money is covering the monthly nut.”