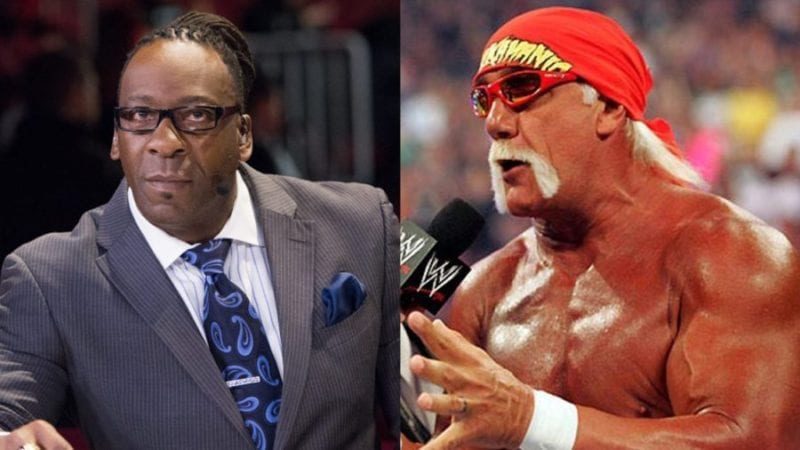 Hulk Hogan was (and has been) in hot water ever since a tape leaked out where Hulk Hogan used a racial slur against African Americans some time ago. WWE erased Hogan from history for a bit, but WWE feels that we all “forgot” about all of that by now. Booker T has had his run in of his own with punishment for slurs as well, but how has Booker been handled since? Booker T ‘Punished’ For Hulk Hogan Racial Insult.

“If you did that today, Booker would have had to have gone to some kind of counseling. Times change, and he knew he screwed up. You could see it in his face. Thank God nobody jumped on it either, Stevie was smart enough to let it go by.” Sullivan stated.

Sullivan continues: “When you’re out there in the heat of interviews, sometimes things slip out. I know Booker didn’t do that on purpose.”

Kevin Sullivan was then asked if Booker was punished. He stated, “Yeah, he got his hands slapped a little bit. It was a different time. If it happened in today’s world, it would have been a lot more severe.”