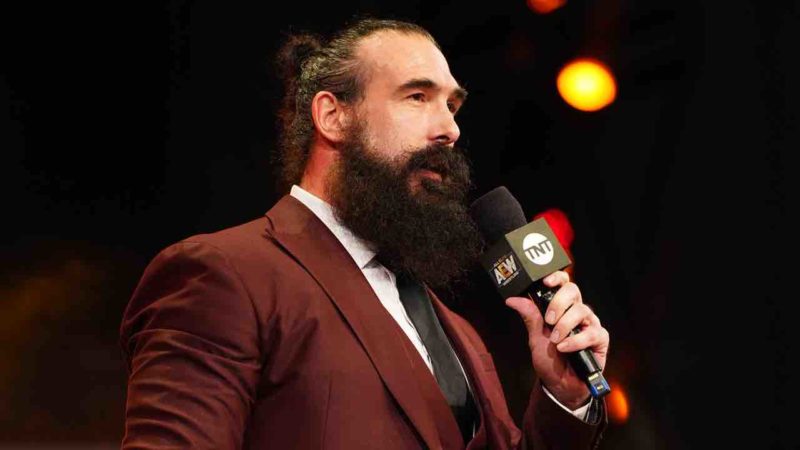 Brodie Lee fans have been mourning the death of the former AEW TNT Champion in recent days, with a touching AEW Dynamite tribute show airing on Wednesday to solid viewership. Lee was known as Luke Harper in WWE, but to his friends and family he was Jon Huber.

Dave Meltzer of the Wrestling Observer Newsletter is reporting that AEW Vice President Chris Harrington, a longtime friend of Huber, helped get Jon to the Mayo Clinic in late October after he had suffered lung issues so he could see the best specialists. Huber first sensed trouble when he couldn’t finish a Peloton bike workout, with his last time doing a lengthy bike workout being on October 19th.

This is around the same time Huber was interviewed on AEW Unrestricted by Tony Schiavone and Aubrey Edwards, with Schiavone revealing Lee became unwell shortly after the podcast was recorded. The interview was released on October 26th.

Huber’s doctors attempted to see if he had COVID-19 or the antibodies once he arrived at the hospital. He was tested repeatedly, with a source saying he took dozens of tests that came up negative, which made the situation even more difficult to comprehend.

The outlook for Huber was seen as ‘very serious’ and ‘bleak’ early on according to Meltzer. Huber’s widow Amanda shut down rumors that COVID-19 was the cause of death, writing a few days ago, “I never wanted to write out those words. My heart is broken. The world saw him as the amazing @brodielee (fka Luke Harper) but he was my best friend, my husband, and the greatest father you would ever meet.

No words can express the love I feel or how broken I am right now. He passed surrounded by love ones after a hard fought battle with a non Covid related lung issue. The @mayoclinic is literally the best team of doctors and nurses in the world who surrounded me with constant love.” You can donate to the American Lung Association at Lung.org to help save the lives of people who suffer lung disease and lung cancer.