WWE star Drew McIntyre currently performs on RAW brand but it turns out that could always change during the WWE Draft which will take place on October 1st and 4th. They will kick things off with SmackDown and ‘The Scottish Warrior’ could be moving to the blue brand soon.

Drew McIntyre could be switching brands

It has been noted that WWE hasn’t made any definite plans for the 2021 WWE Draft yet and a lot can change in the plans in the last minute as well. A new alleged advertisement is surfacing around that shows a graphic for a match between McIntyre and Roman Reigns for the Universal Title on October 1st’s episode of SmackDown. This image appears as though it was taken from a television airing a local advertisement. Ric Flair ‘Banned’ From AEW After Bad News?

If this advertisement is real then it’s unclear if this match will even air on television. They could be promoting a dark match for the live fans. However, it could also be the future of McIntyre. WWE is “keeping all options open” for McIntyre.

We’ll just have to see what happens during the draft and we might end up seeing the former WWE Champion on Friday Night SmackDown. 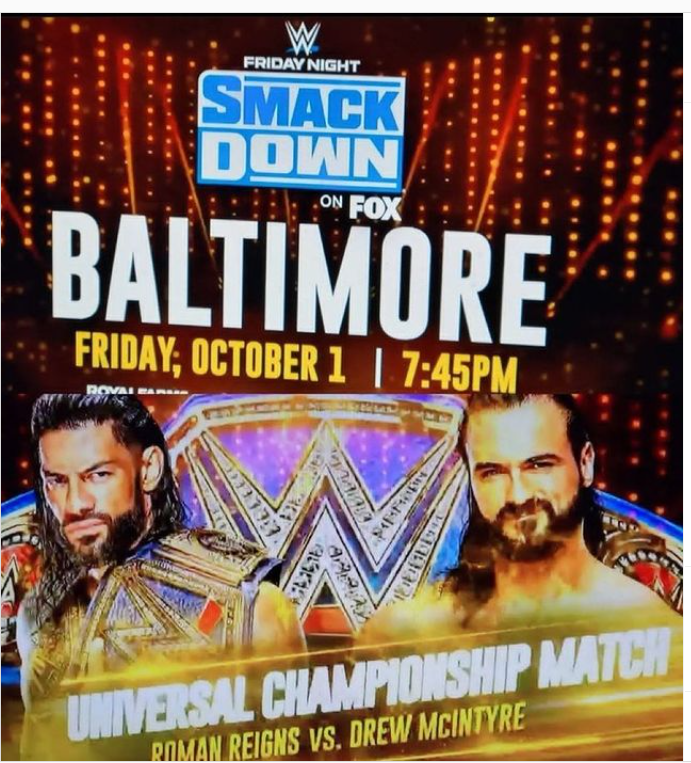