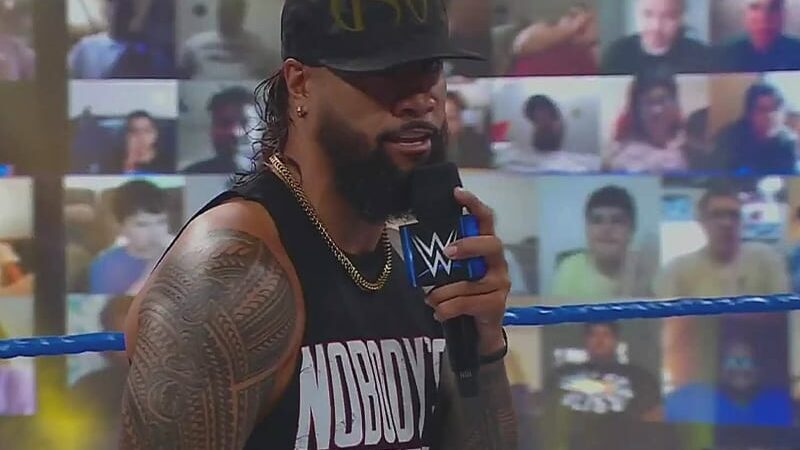 The news of top WWE SmackDown star and former WWE SmackDown Tag Team Champion Jimmy Uso’s DUI has taken the sports entertainment world and the WWE Universe by storm. However, it is now being reported that is legitimate concern for Jimmy Uso and his safety. Is WWE going to ‘punish’ Jimmy Uso after his DUI?

Fightfulselect.com followed on the development with the following update “To follow up on WrestleVotes’ report that Jimmy Uso has “high level people in power” extremely disappointed & legitimately pissed off over his DUI arrest, we can expand on that, and confirm it. Fightful has spoken to numerous talent, staff, and high level WWE names this week about their feelings on Uso, and there’s unanimous concern across the board for him personally.

In addition, Fightful stated that they had reached out to WWE to comment the arrest of Jimmy Uso but the company did not respond. Howevver, the outlet did note that in the past there is a high level of personal responsibility amongst WWE Superstars. Multiple unnamed superstars have stated to Fightful that they believe WWE should take more action to handle things properly before someone gets hurt.

This Jimmy Uso sad arrest video recently resurfaced Fightful reached out to WWE for comment on Uso’s arrest, but they did not respond. In the past, they’ve noted that wrestlers are responsible for their own actions. Multiple WWE Superstars expressed to Fightful that they were happy that wasn’t the line this go around, considering the situation has happened multiple times, and they think WWE should get involved to make sure things get handled before someone gets hurt. Another name in WWE allegedly compared the recent arrest to what happened to Rob Van Dam in 2006, when he was arrested for holding 18 grams of marijuana alongside five Vicodins. The noted overall tone around the situation is one of fear of Uso’s safety along with disappointment and frustration.